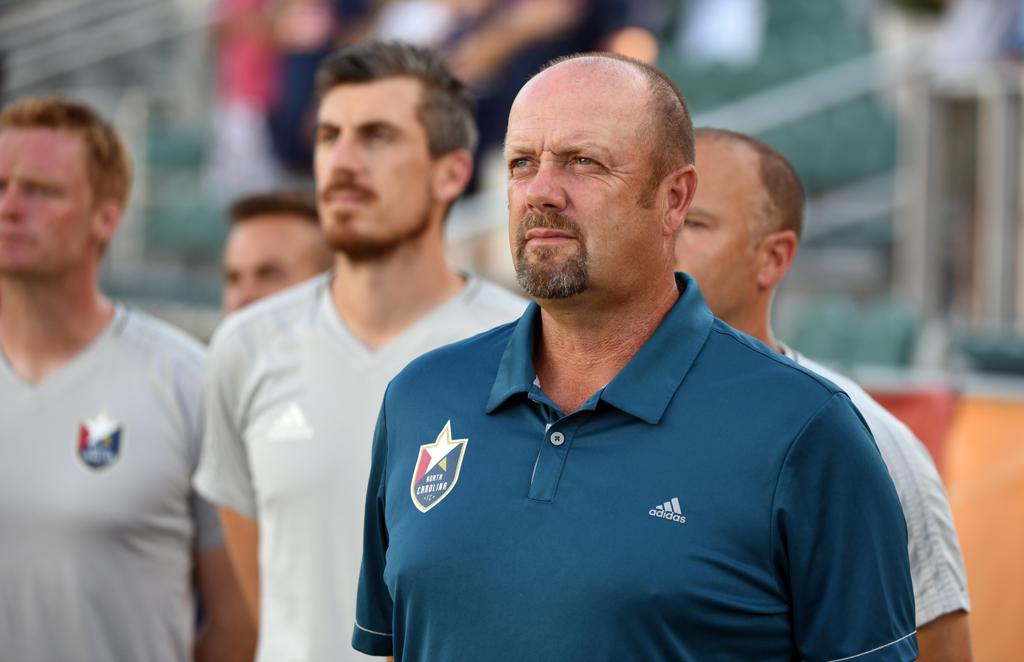 “We are very grateful to Colin for his work in helping the club grow throughout his seven-year tenure,” said North Carolina FC President and General Manager Curt Johnson. “He is a true team player, and with him the team has enjoyed on-field success with our US Open Cup runs and the 2013 NASL Regular Season Championship. We wish he and his family all the best in their future endeavors.”

Clarke, the longest tenured coach in club history, began his time with NCFC in 2012 and enjoyed success with runs in the US Open Cup, including victories over the LA Galaxy in three successive years, and defeating NCFC’s biggest rival Charlotte Independence five consecutive times over the last three seasons.

During his seven seasons at the club, Clarke finished with a 91W-84L-58D record across all competitions and a .515 win percentage. He has coached the team to the NASL semifinals in 2012 and 2017 and won the NASL regular season in 2013. This past season the team finished 13-13-8 narrowly missing the playoffs but capturing the Southern Derby Cup with yet another win over Charlotte in the final game of the season.

“I have enjoyed my time here in North Carolina,” said Clarke. “We have enjoyed some success and went through some trying times. It has been an honor to help the club grow, but such is football and as my time here comes to an end, I would like to take this opportunity to thank Steve Malik, Curt Johnson, my coaching staff, the NCFC front office and especially the players and fans who supported the club during my seven years here. I wish the club continued success in the future.”

North Carolina FC now begins the search for Clarke’s successor who will become only the fourth coach in club history.

“Our search for a new head coach is underway,” Johnson concluded. “We look forward to the process and ultimately finding the next leader for North Carolina FC. 2019 is approaching quickly and we remain focused on delivering a championship season to our fans.”