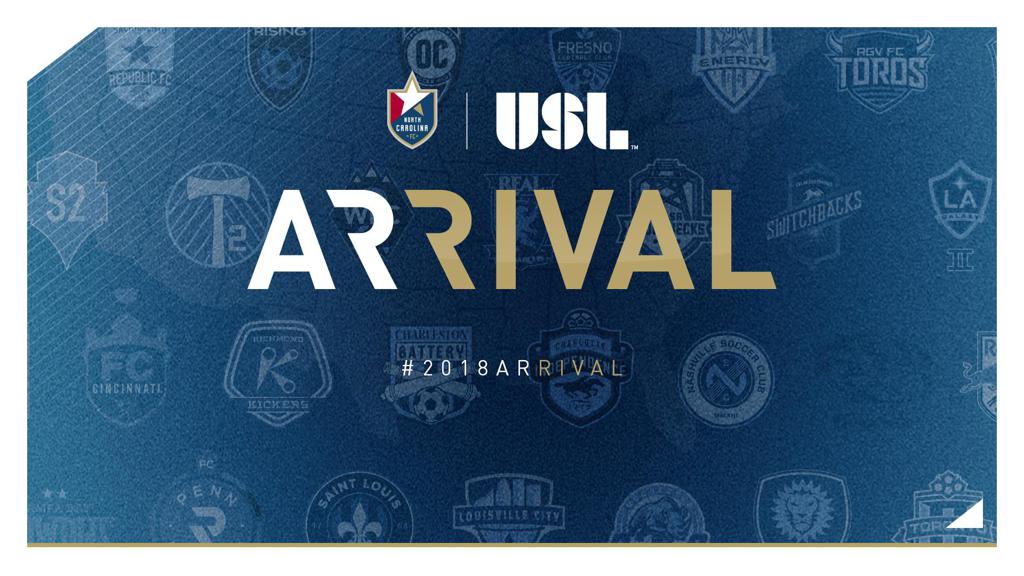 CARY, NC (November 16, 2017) – North Carolina FC (NCFC) announced today that the club will play in the United Soccer League. The move, which is effective immediately, ensures that NCFC will continue to play at the highest level possible in a league that has a proven relationship with Major League Soccer and has experienced impressive growth in North America.

“We are excited to be joining the USL effective immediately,” said North Carolina Football Club Owner Steve Malik. “The USL has seen tremendous growth, not only in new markets and franchises, but in the quality of play and fan awareness. We look forward to contributing to that growth in years to come.”

With the move, NCFC is poised to renew regional rivalries with Charlotte (Independence), Charleston (Battery) and Richmond (Kickers), cities with which it has sparred against at every level of soccer for decades. The professional rivalries date back to the early nineties and have been fueled throughout the years by the popularity of soccer in the region.

“We look forward to renewing rivalries with the Independence, Battery, and Kickers,” said North Carolina Football Club President and GM Curt Johnson. “Over the coming weeks we will engage their leadership and solicit feedback from fans to reinforce these rivalries in a way that is meaningful and exciting for soccer fans in Virginia and the Carolinas.”

The USL has enjoyed tremendous success in recent years and shows no signs of slowing down, driven by record attendance, increased sponsorship revenue, greater audience reach through USL Productions and more soccer-specific stadiums throughout the league. North Carolina FC will join four previously announced 2018 expansion franchises in Atlanta, Fresno, Las Vegas and Nashville. The league has also confirmed Birmingham, Austin and Memphis as arrivals for the 2019 season, additions that will further strengthen the league’s standing as one of the most prominent second divisions in the world.

The USL will feature more than 30 teams in the 2018 season divided into two conferences. This will allow NCFC, which will be placed in the Eastern Conference, to measure up against more teams within a weekend trip distance, ensuring more opportunities for fans to travel and support the team on the road.

“Today we are thrilled to announce the addition of another successful club to the USL,” said USL Chief Executive Officer Alec Papadakis. “We were very impressed with the level of sophistication of the operations and the ownership of North Carolina FC, led by their visionary owner and chairman Steve Malik. Steve brings a wealth of business experience to the league and has strong local community support. This is a first-class club with premier facilities, in a desirable market with a strong base of support – all the qualities that make a club successful in the USL.”

About USL
The USL is one of the most prominent Division II professional soccer leagues in the world, with 30 markets in 20 U.S. states and two Canadian provinces for the 2017 season. In total, the USL reaches a population of 75 million people, fueling the growth of professional soccer across North America.

Headquartered in Tampa, Fla., the USL provides unparalleled club support with a growing team of more than 50 professionals across 17 departments, ranging from operations to marketing, communications and sponsorship. Follow the USL at USLSoccer.com, the USL Match Center, and on social media via Twitter, Facebook and Instagram.