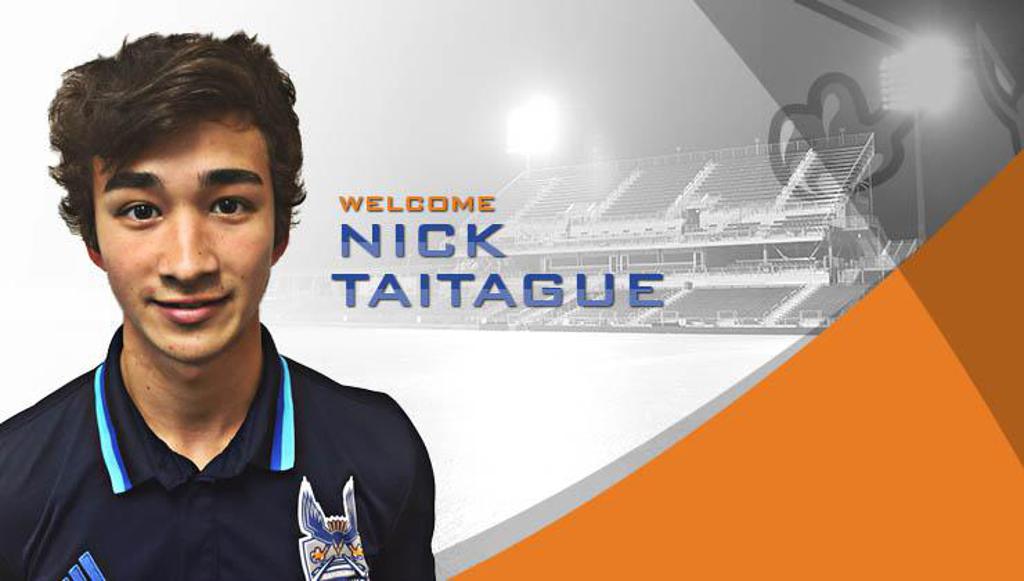 Today, the Carolina RailHawks announced the signing of U.S. U-18 Men’s National Team midfielder Nick Taitague. Taitague joins the RailHawks as an amateur player and will be available for selection for both the RailHawks senior team and the U-18 Capital Area RailHawks academy team.

“He is an exciting young player,” said RailHawks Head Coach Colin Clarke. “He just came back from a successful trip in Argentina with the U-18 Men’s National Team. I’ve known him and his family for a long time, and we feel that this is a great opportunity for him to grow as a player.”

Prior to joining the RailHawks, the Midlothian, Va. native, played for FC Richmond where he was regarded as one of the top United States prospects in the 1999 class.

Taitague, has been an active member of the U.S. Youth National Teams for the last several years. Most recently, he was part of the U-18 Men’s National Team that traveled to Argentina, and defeated San Lorenzo, Racing Club and Uruguay. Nick finished his most recent training camp with the U-18s with two goals and one assist.

Nick and the Carolina RailHawks are traveling to Oklahoma City to take on NASL newcomers Rayo OKC this Saturday at 7:30pm. Saturday’s match is scheduled to kick-off at 8:00pm EST, and you can watch it live on WRAL, Time Warner Cable Sports Channel or One World Sports. The RailHawks will return to WakeMed Soccer Park on Saturday, April 16th to take on Ottawa Fury FC. Tickets to that match are on-sale now, and can be purchase by calling the RailHawks Box Office at 919-459-8144 or by visiting CarolinaRailHawks.com.