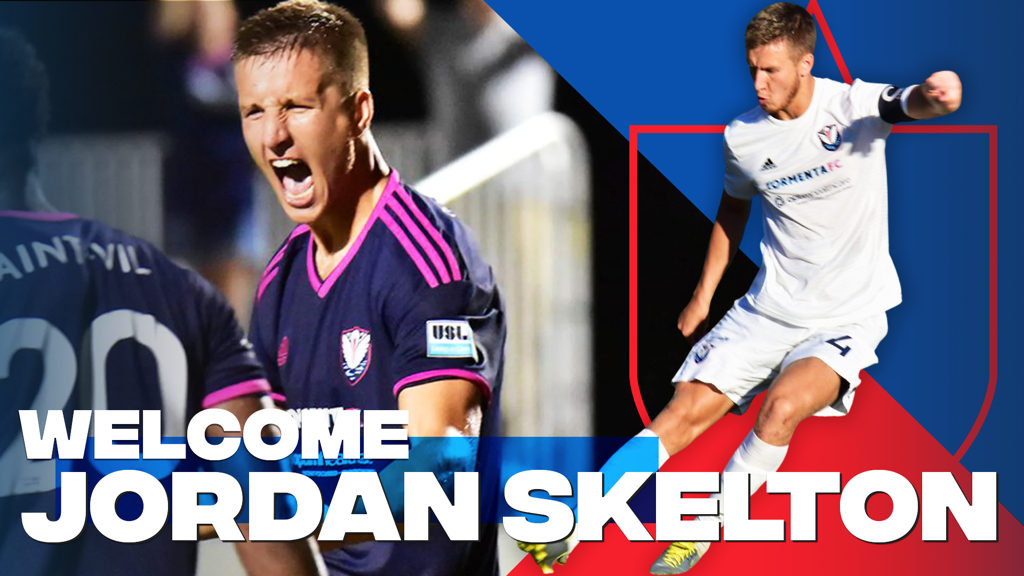 CARY, NC (December 16, 2021)- North Carolina FC announced today that defender Jordan Skelton has signed a contract with the club for the 2022 season. The deal is pending league and federation approval.

“I am delighted to be joining North Carolina FC,” Skelton said. “ I am beyond grateful to Coach John Bradford and the NCFC staff for giving me this opportunity. I’m looking forward to meeting the players and coaching staff and getting to work!”

The Newcastle, England native spent the 2021 season with the Des Moines Menace of USL League Two, captaining the Iowa side and leading them to their second League Two Championship title. Prior to joining the Menace, Skelton played in USL League One with South Georgia Tormenta FC, for whom he made 23 appearances during the 2019 and 2020 seasons. While with the Ibises, Skelton clocked 2,025 minutes of playing time and picked up two assists. The centerback also made three appearances in the US Open Cup, collecting 270 minutes of playing time and an assist.

The 24-year-old played collegiately at Gateshead College, for whom he made 75 appearances from 2015 to 2018. In a four-year stint with the Bearcats, Skelton scored 17 goals, seven of which were game-winners, and tallied four assists. He captained the team for three years, and in his senior year was named a United Soccer Coaches First-Team All American, an MV Wells Award winner, and a four-time Peach Belt Defender of the Week.

“I am thrilled to welcome Jordan to North Carolina FC for the upcoming season,” said Head Coach John Bradford. “He will be a great addition to our roster and we expect him to have a fantastic impact on our backline.”