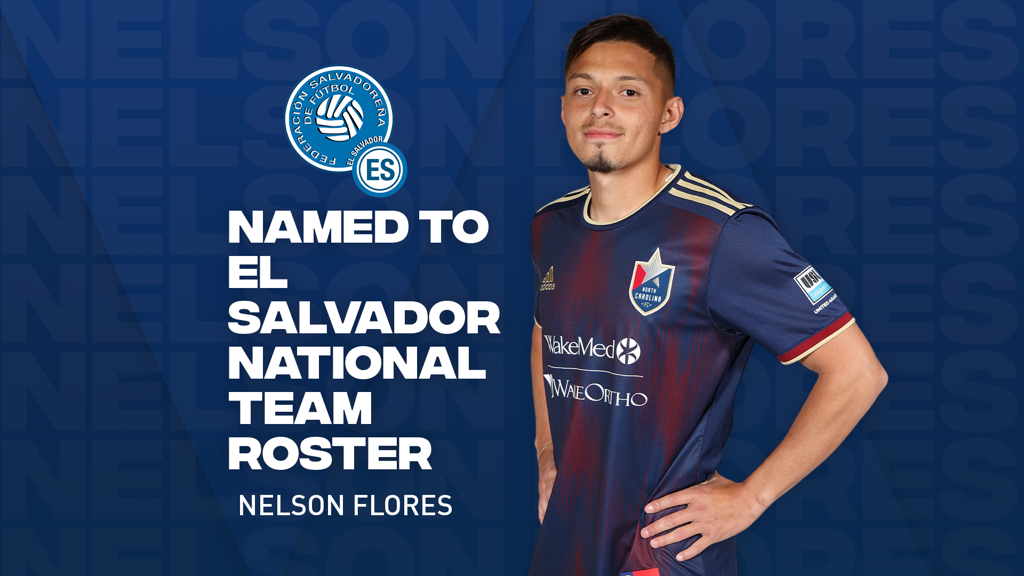 Cary, NC (November 3, 2021) - North Carolina FC defender Nelson Flores has been called to the El Salvador National Team for an international friendly against Bolivia, the club announced today. The match will be played at Audi Field in Washington, DC on Friday, November 5 at 8 p.m. ET.

“This call-up means everything to my family and to me,” Flores said. “To have the chance to represent the country that I love and the place I was born, it means the world. It’s truly an honor, and I couldn’t have done it without the help of Head Coach John Bradford, Mike McGinty and the whole NCFC staff. They’ve helped my development and growth as a player throughout this season and I’m truly thankful and blessed for this opportunity.”

Flores signed a contract with North Carolina FC in late March of this season and has since made 27 appearances with the squad, clocking 2,247 minutes of playing time and notching three assists throughout the season. The Salvadorian international made his season debut with the squad in their first match against Greenville Triumph SC and was also named to the USL League One Team of the Week three times this season, earning the accolade in Weeks 21, 28, and 29.

This season marks Flores’ first season playing as a left back, and his Team of the Week accolades and subsequent call up to the El Salvador National Team serve as significant testaments to his utility in many positions on the field.

“I am absolutely thrilled for Nelson to be called into his national team of El Salvador,” NCFC Head Coach John Bradford said. “When he and I spoke prior to the season, we discussed how his profile and potential would fit well in the style of play that we wanted to play as an attacking left back.  His attitude has been fantastic throughout the process of learning a new position and his confidence and impact on the field and growth throughout our season has been phenomenal.  To close out the final month of the season with two consecutive USL League One Team of the Week nominations and then a call up to the El Salvador national team is something Nelson should be extremely proud of.  I wish him well in his first camp and know he’ll make the most of this opportunity."