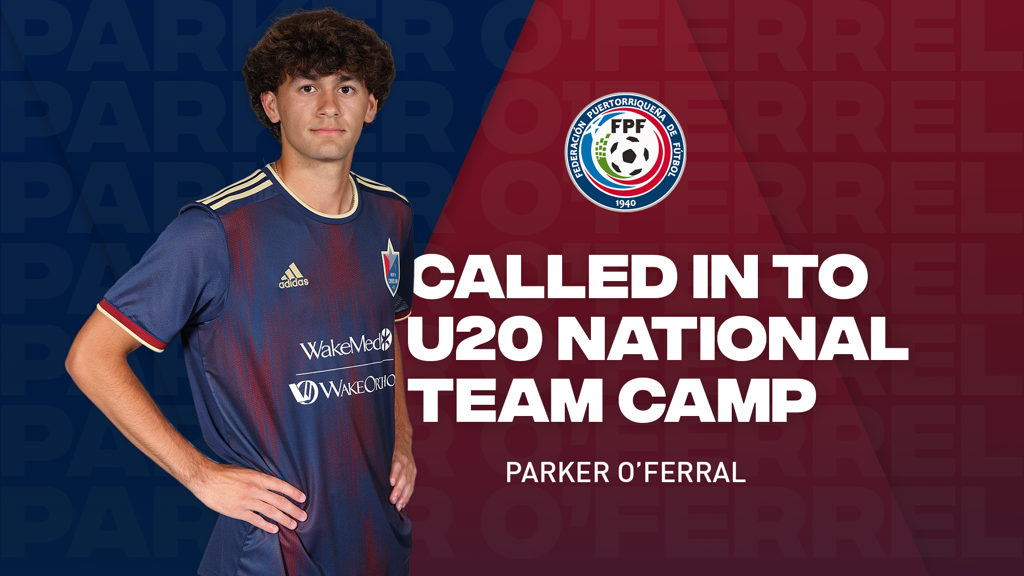 CARY, NC (November 2, 2021) - North Carolina FC defender Parker O’Ferral has been called to the U-20 Puerto Rican National Team training camp, the club announced today, joining the team in the Dominican Republic as they prepare for World Cup qualifying matches. Puerto Rico is a member of Group C and will compete against Barbados, Saint Vincent & the Grenadines, Monserrate, and Bermuda during the month of November for a World Cup berth.

“I am so grateful to have been called into the U-20 Puerto Rican Men’s National Team,” O’Ferral said. “It’s an honor to be able to represent the country, my family heritage, and NCFC. Thank you to my coaches for helping connect me to and prepare me for this opportunity.”

O’Ferral, a product of the NCFC Academy, has appeared in eight matches for the team this season, clocking 481 minutes of playing time and registering five appearances in the starting lineup. At only 17 years old, O’Ferral made his professional debut in a match against the Chattanooga Red Wolves earlier this season and has committed to play collegiately at the University of North Carolina at Chapel Hill upon his high school graduation in 2022.

“I am excited for Parker to have the opportunity to play in international competition with the Puerto Rican U20 National Team,” NCFC Head Coach John Bradford said. “He has continued to develop throughout his time our club, making the most of his opportunities at each level.  This year he has grown tremendously in his professional opportunities with our North Carolina FC Men’s team, as well as with our U19 NCFC Academy Team and our NCFC 23’s in USL-2.  I’m certain that he’ll make the most of his first national team call up and I wish him all the best.”