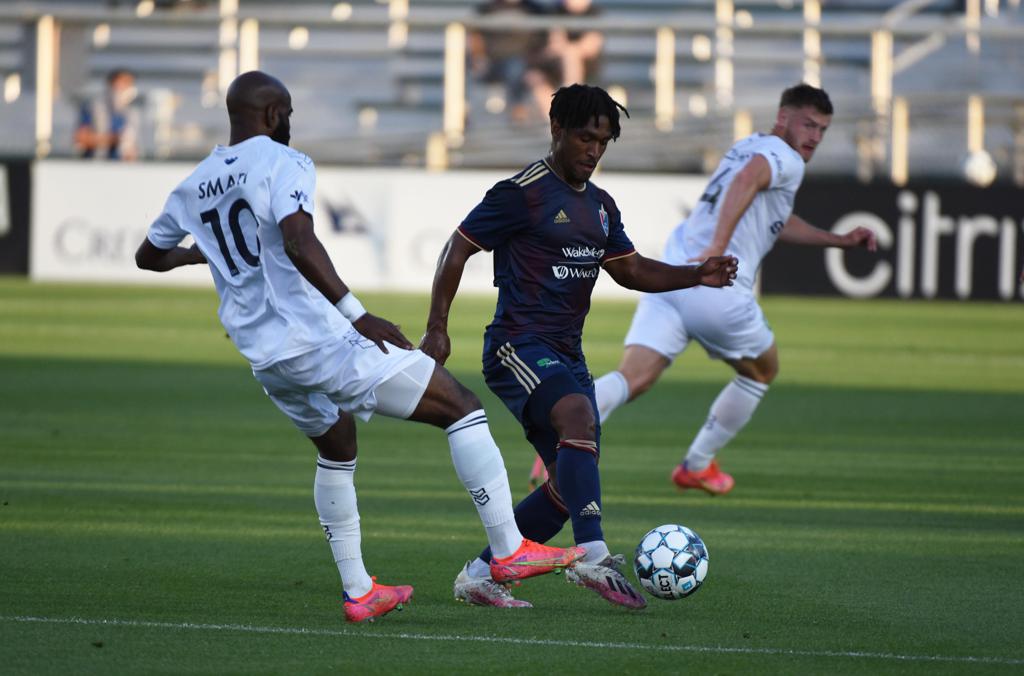 CARY, NC (October 28, 2021) - In their last match of the season, North Carolina FC will return to Sahlen’s Stadium to face off against Greenville Triumph SC for the fourth time this season on Saturday, October 30 at 7 p.m. The match will also be Robby Kristo’s last with the club, as the veteran announced his retirement from the outdoor game yesterday. Tickets to the match are available here, and the game will air live on ESPN+.

North Carolina FC added their seventh win of the season last Saturday, besting South Georgia Tormenta FC, 1-0. A second half goal by NCFC midfielder Peter Pearson, his second of the season, was the difference maker in the match.

The lone goal of the match came three minutes into the second half, as Peter Pearson took a shot from distance, through a congested 18-yard box and into the back of the net. The goal was assisted by Selmir Miscic, his third of the season. Miscic nearly doubled NCFC’s lead in the 67th minute, with a powerful shot on frame from outside the 18, forcing Tormenta’s keeper to make one of the biggest saves of the night.

“Even before the red card, I felt like we were the more aggressive team, putting our imprint on the game early,” NCFC Head Coach John Bradford said following the match. “I was pleased with the way we came out and the intensity we brought from the start. Obviously for this group, to get the result we did, it speaks a lot to their character and how they want to represent the club. Overall, I’m very pleased to see out a shutout against a team that gave us a handful, even a man down, and am so proud of the way our group fought to get these three points.”

Named to the USL League One Team of the Week for his last performance against Tormenta FC, Pearson scored a goal, completed 44 of 50 attempted passes, and won eight of nine duels last Saturday, commanding the midfield and helping the North Carolina side to maintain the shutout. As the young squad looks to end the season on a high note, Pearson will aim to utilize his passing precision and ability on the ball to lead the group to their eighth win of the season over their Carolina rival this weekend.

The league’s second-leading scorer, Lomis has tallied thirteen goals and an assist for the Triumph this season, clocking 1,893 minutes of playing time and averaging 146 minutes per goal. The Triumph have already clinched a spot in the postseason playoffs, however, three points in Saturday’s match could allow the South Carolina side to leap the Chattanooga Red Wolves and move into second place in league standings. With Lomis at the helm of the Triumph offense, the North Carolina FC defense will face a significant challenge as the season winds to a close.