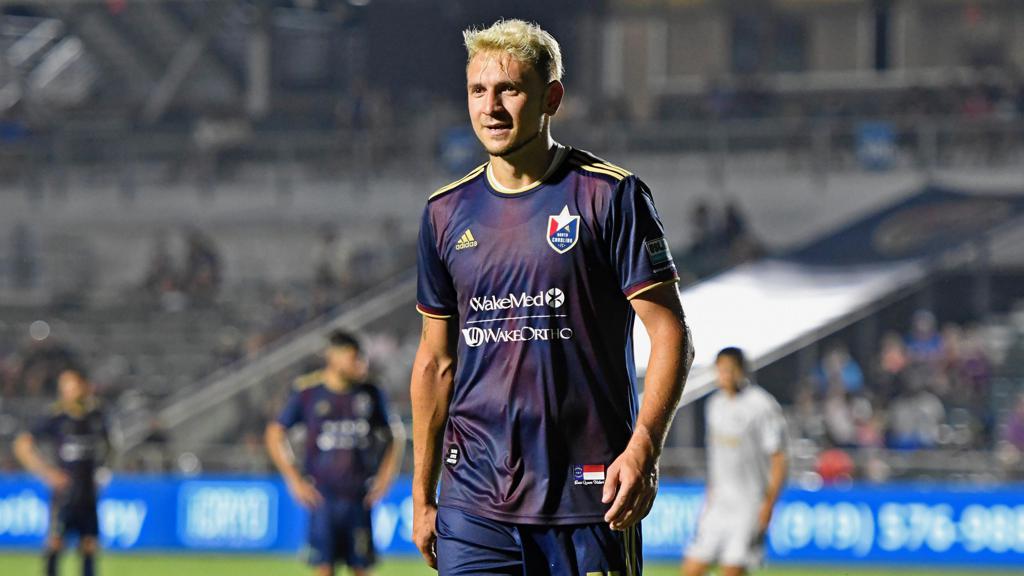 “I want to send a huge thank you to all my current and former teammates, coaches, and especially the fans that have been on this journey with me,” Kristo said in a statement released via his social media. “My teammates throughout my career have become like brothers to me and I will always consider them family. To Mike McGinty, John Bradford, and Nic Platter - I want to personally thank you for giving me this opportunity and continuing to believe in me.”

Kristo signed with North Carolina FC in January 2019. During the 2019 US Open Cup, Kristo started two matches, playing 163 minutes and scoring two goals. During the subsequent 2019 season, the forward appeared in 26 matches for the club, making seven starts and clocking 868 minutes of playing time. He tied for the team lead with nine goals, and recorded two assists. That same year, Kristo boasted the highest goals-per-90-minutes average in the USL Championship among players to log more than 800 minutes with .95. Later, in 2020, the St. Louis University alum played 728 minutes in 15 matches, scoring two goals and adding an assist.

This season, Kristo has made 17 appearances, making nine starts, and clocked 893 minutes of playing time. He has scored four goals thus far, collecting back-to-back braces against the Richmond Kickers and Fort Lauderdale CF in July and August of this year.

“Robby has been an important part of our club since joining us in 2019, both on and off the field,” NCFC Head Coach John Bradford said. “He has contributed positively with his goals and leading our attacking line, but has also transitioned into a leadership role with our young group this year. I’m excited for Robby’s next steps and know that he’ll remain a positive connection and representative of NCFC for years to come, as he transitions into different and new stages of his career.”

For the 28-year-old, an opportunity to play with the St. Louis Ambush means a move back to his hometown and being closer to family as well as where he played college soccer at St. Louis University. While with the Billikens, Kristo scored 41 goals and logged 15 assists over the span of four years. Kristo was named the Atlantic 10 Conference Offensive Player of the Year and a semifinalist for the Hermann Trophy his senior year.

“I am excited to be starting the next part of my life back home in St. Louis and will forever be grateful for everyone that supported me, pushed me to be better and cheered me on along the way,” Kristo said of his signing with the Ambush.

Kristo will play his last match with North Carolina FC at Sahlen’s Stadium against the Greenville Triumph on Saturday, October 30 at 7 p.m. ET. Tickets are available here.