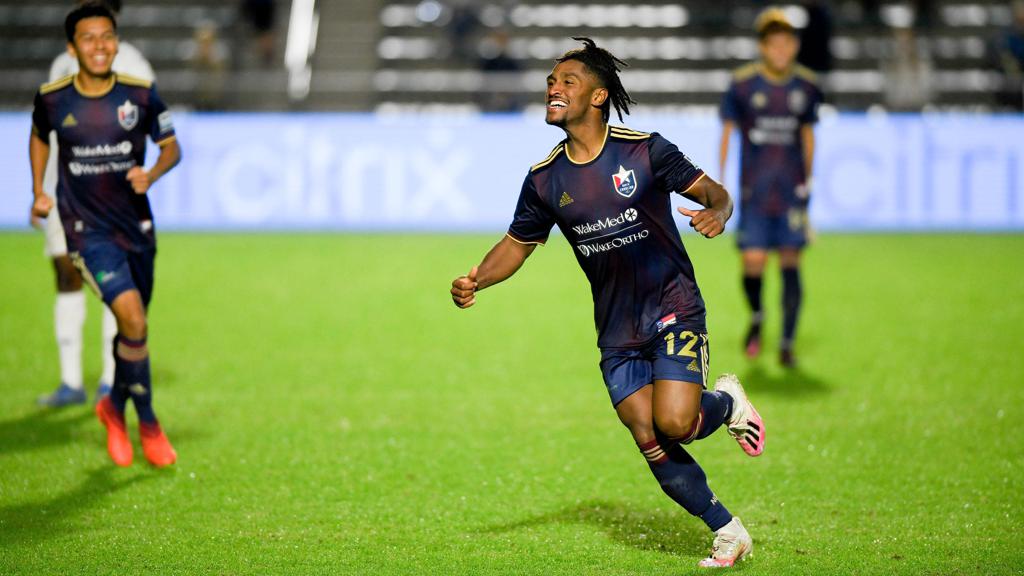 NCFC created several early chances throughout the first half and dominated in possession, outshooting South Georgia, 9-2, and recording more than 60% of the possession by the end of the first 45 minutes.

South Georgia’s first offensive chance came in the 27th minute as Tormenta striker Marco Micaletto drove into the box, challenged by the defensive pressure of Nelson Martinez. Micaletto ripped a shot on frame, only to be saved by NCFC keeper Jake McGuire.

NCFC defender Nelson Martinez proved instrumental on both sides of the ball throughout the first half. making multiple game-changing defensive plays, while also adding an offensive threat. The defender nearly put his team on the scoreboard with a chance in the 37th minute, driving into the box to take a shot of his own, deflecting off a Tormenta defender, resulting in a corner for his NCFC side.

In the final minutes of the first half, Tormenta midfielder Raheem Somersall received his second yellow of the game, resulting in his ejection from the match and Tormenta playing a man down for the remainder of the night.

The lone goal of the match came three minutes into the second half, as Peter Pearson took a shot from distance, through a congested 18-yard box and into the back of the net. The goal was assisted by Selmir Miscic, his third of the season. Miscic nearly doubled NCFC’s lead in the 67th minute, with a powerful shot on frame from outside the 18, forcing Tormenta’s keeper to make one of the biggest saves of the night.

“Even before the red card, I felt like we were the more aggressive team, putting our imprint on the game early,” NCFC Head Coach John Bradford said following the match. “I was pleased with the way we came out and the intensity we brought from the start. Obviously for this group, to get the result we did tonight, it speaks a lot to their character and how they want to represent the club. Overall, I’m very pleased to see out a shutout against a team that gave us a handful, even a man down, and am so proud of the way our group fought to get these three points tonight .”

Up Next: North Carolina FC will round out their season next weekend at home as they host Greenville Triumph on Saturday, October 30 at 7 p.m. ET.  Tickets are available here.