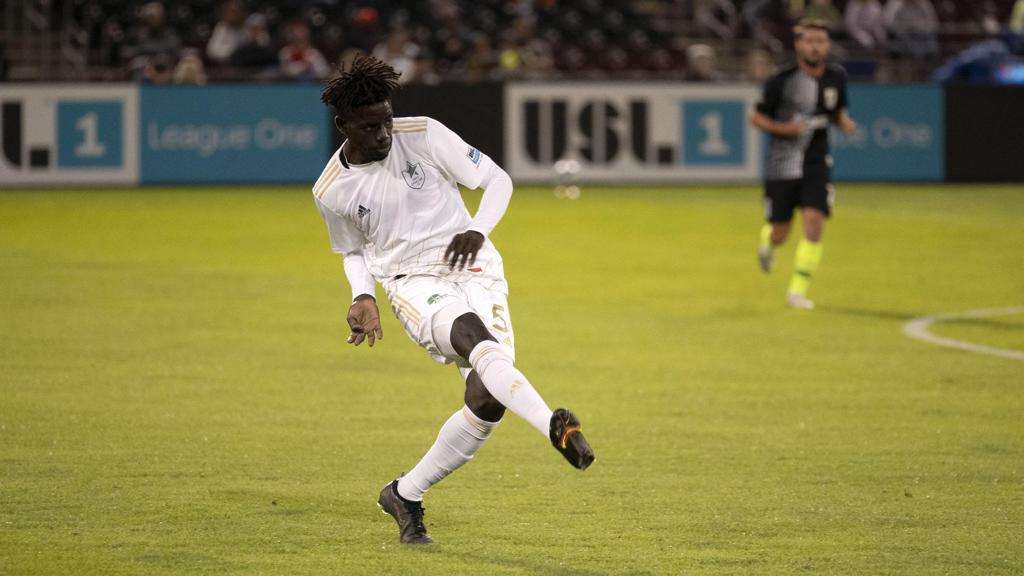 PAPILLION, NE (October 16, 2021) - North Carolina FC fell short of league-leading Union Omaha in a high-scoring tilt on Saturday night, coming away from the week-long road trip with a win and a loss under their belt. Defender Malick Mbaye collected his first goal of the season in tonight’s contest, with Aziel Jackson tallying the assist. Emir Alidhozic netted an individual goal for the Owls and Evan Conway notched a hat trick to seal three points for the Omaha side.

“Tonight was a tough result against a tough opponent on the road,” said Head Coach John Bradford following the match. “After a horrendous opening minute, I was proud of the fight that the group put in to work and find the equalizer. As has been an issue for us throughout the season, we weren’t able to keep things locked down defensively after we scored. All three first half goals were similar and we were not good enough denying service or with simple marking in the box.”

“I was happy for Malick Mbaye to get on the scoresheet with a great set piece finish,” Bradford continued. “We’re looking forward to competing together as a group over the next two weeks and competing at our home stadium.”

Omaha opened the scoring in tonight’s match, as a ball from Tobias Otieno found Evan Conway in the North Carolina FC box for a tap-in goal that gave the Owls a 1-0 advantage. Conway’s goal was his fifth during the month of October, the striker playing an integral role in Omaha’s push for playoff position. Despite being heavily contested by the Chattanooga Red Wolves, Union Omaha became the first team to secure a USL League One playoff berth earlier this month.

Malick Mbaye responded with an equalizer in the 15th minute, getting on the end of a corner kick from Aziel Jackson to net his first goal of the season and pull North Carolina FC level with their opponent, 1-1. The assist was the Minnesota United loanee’s third of the season. Unfortunately for the North Carolina side, however, Omaha regained the lead three minutes later, as Conway headed home his second goal of the night to put the Owls up 2-1.

Emir Alihodzic doubled Omaha’s lead in the 25th minute of the match, the half expiring with the 3-1 scoreline. Conway went on to complete the hat trick in the 57th minute, his second in three matches played. Despite North Carolina FC’s best efforts to cut into Omaha’s lead, the young squad fell short as the final minutes ticked away and will look to recover the loss in their next match against South Georgia Tormenta FC on October 23.

Up Next: North Carolina FC will return to Sahlen’s Stadium at WakeMed Soccer Park next Saturday, October 23 at 7 p.m. ET to face South Georgia Tormenta FC. Tickets are available here!