Match Preview: NCFC to Wrap Up Road Trip Against Union Omaha on Saturday 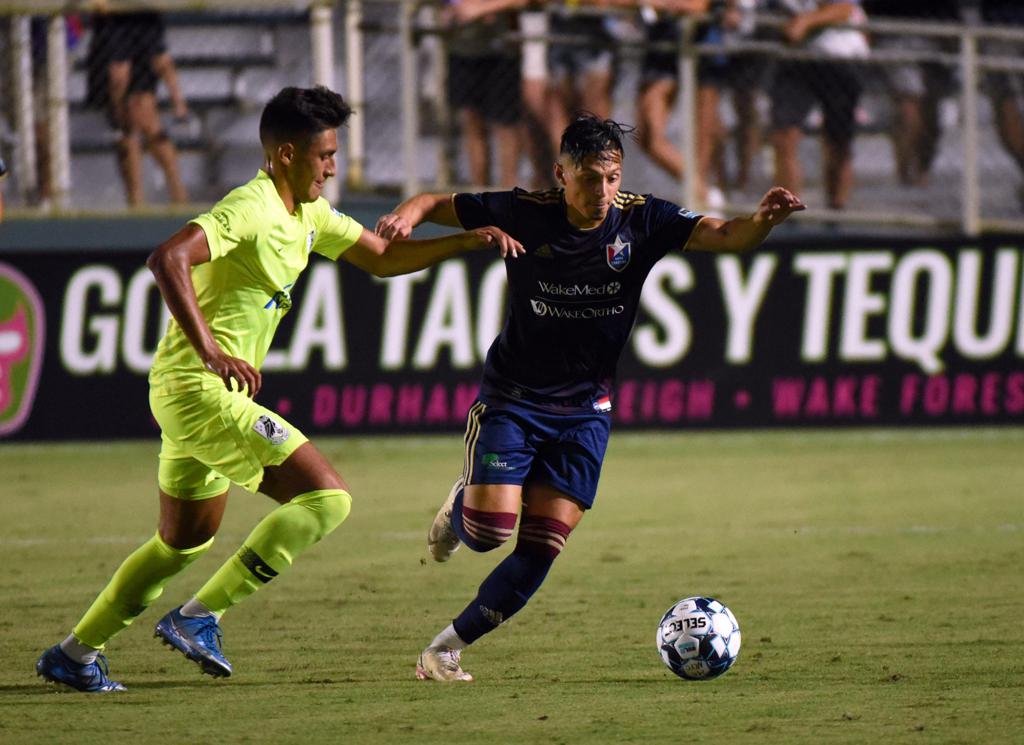 CARY, NC (October 14, 2021) — North Carolina FC will continue their road stint this weekend, looking to build off the momentum of their 2-0 win over FC Tucson on Wednesday night as the young squad faces Union Omaha on Saturday, October 16 at 8 p.m. ET. This match marks the second meeting between the two teams this season and will certainly challenge the young NCFC side as they face the league-leading Owls.

North Carolina FC earned their sixth win of the season on the road against FC Tucson on Wednesday night, defeating their opponent 2-0 in a dominant performance that saw a clean sheet from goalkeeper Jake McGuire and individual goals from Peter Pearson and Selmir Miscic to seal the victory.

“So proud of this group and the performance they put in tonight,” said Head Coach John Bradford following the match. “This group’s belief has never wavered through hard times. To see the improvement in so many players and the collective improvement to be able to come on the road and see a shutout win against a quality team is a great sign. What a night for Peter to get his first professional goal and for Selmir to get back on the scoresheet. And defensively, credit to the entire group, but especially to the back four and Jake, to put their bodies on the line and do everything they could to preserve a clean sheet. Really proud of this group right now and we’ll certainly carry this over to Omaha.”

Opening his professional scoring account in North Carolina FC’s 2-0 win over FC Tucson, Pearson played an integral role in the NCFC’s road win on Wednesday night. The Virginia Beach native has appeared in 21 of 28 matches for North Carolina FC this season, clocking 1,340 minutes of playing time and becoming a valuable asset in the midfield. As the North Carolina side aims to finish their road trip on a high note, Pearson will look to combine his passing precision and tactical ability on the ball to create chances for both himself and his teammates on Saturday evening.

Earlier this afternoon, Viader was voted USL League One’s Player of the Month after concluding September with three goals and two assists in four appearances for the Owls. This season, the Barcelona native has collected six goals, five assists, and has created a league-leading 52 chances for his squad as Omaha contests the Chattanooga Red Wolves for a first-place finish in league standings. Though Viader is listed as a defender on the Union Omaha roster, his contribution to their attack has been invaluable this season, a pattern that the 23-year-old will look to continue as the Owls aim to pick up three points in front of their home crowd.

Up Next: North Carolina FC will return to Sahlen’s Stadium at WakeMed Soccer Park next Saturday, October 23 at 7 p.m. ET to face South Georgia Tormenta FC. Tickets are available here!