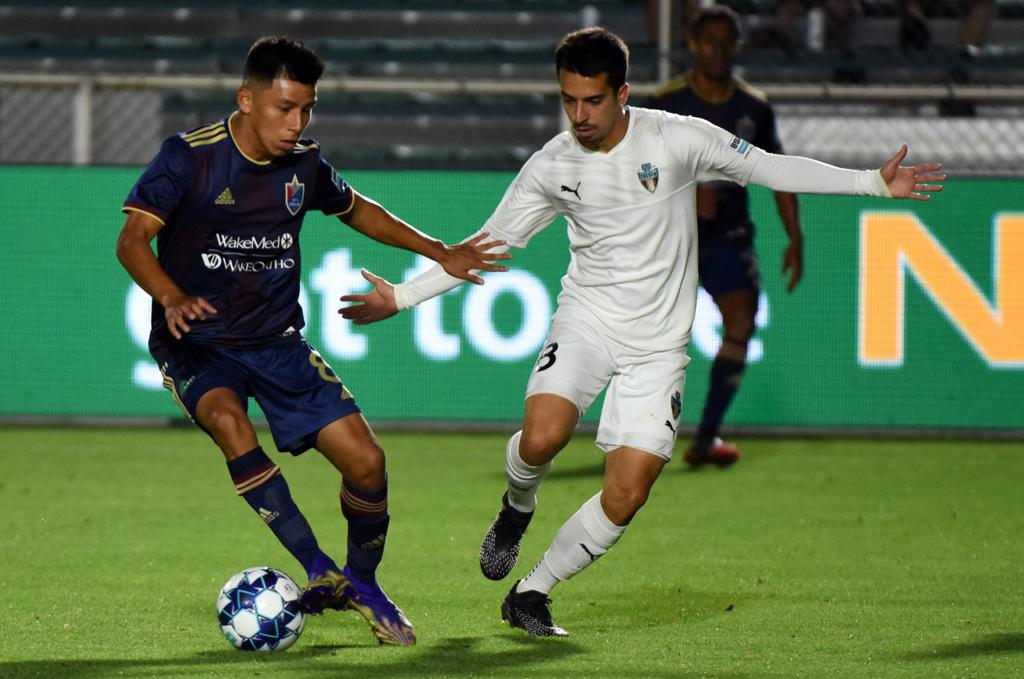 CARY, NC (October 11, 2021) - Following the first inaugural RailHawks Throwback Night, North Carolina FC will hit the road to take on FC Tucson on Wednesday, October 13 at 10 p.m. ET. The young squad has shown continued improvement and unity as the season progresses, and will look to add their sixth win of the season in Wednesday’s contest.

Posting an impressive performance in North Carolina FC’s last match against Chattanooga, Jackson has tallied a goal and two assists in seven appearances this season. Since joining the North Carolina side, the Minnesota United loanee has been a vital contributor to the attack, catalyzing many of NCFC’s scoring opportunities with his tactical abilities, passing precision, and field vision. As the season winds to a close, Jackson and the rest of the NCFC squad will look to finish the year on a high note with a win over FC Tucson on Wednesday night.

Corfe has appeared as a member of the FC Tucson starting lineup in 24 of their regular season contests thus far, clocking 1,663 minutes of playing time, scoring six goals, and adding an assist on the season. The Chester, England native has played an integral role in Tucson’s climb toward the middle of the table and will look to threaten the NCFC backline and create scoring chances in Wednesday’s competition, as Tucson hopes to bounce back from a 2-0 loss against North Texas SC last week with a vital three points.

North Carolina FC fell short of the Chattanooga Red Wolves in a high-scoring tilt that saw five goals scored amongst the two sides. Pecka and Aziel Jackson each picked up a goal during the match, and Jonathan Ricketts, Jorge Luna, and Mark Hernandez tallied the goals for Chattanooga. Though the result was not in favor of the home side, the match featured an impressive penalty save from Jake McGuire and a stellar performance from Aziel Jackson, who added a goal and an assist during the contest.

Saturday’s contest marked the celebration of the first inaugural RailHawks Throwback Night, in which the North Carolina FC side sported RailHawks uniforms and RailHawks merchandise was available for sale. At the conclusion of the match, several former players, including Nazmi Albadawi, received special recognition for their role in building professional soccer in the Triangle area.

Up Next: North Carolina FC will continue their stint on the road to take on Union Omaha on Saturday, October 16 at 7 p.m. ET at Werner Park in Papillion, NE. The match will stream live on ESPN+.