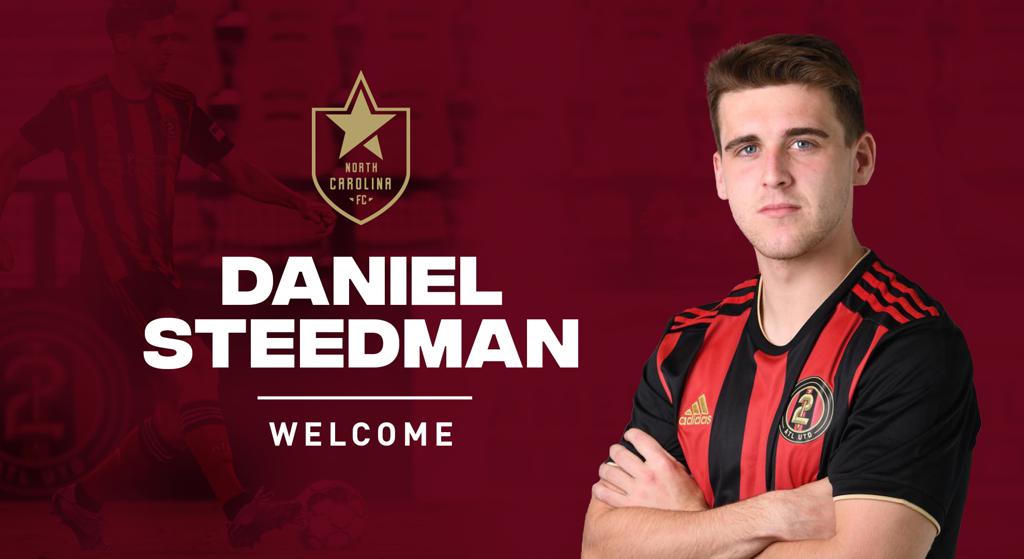 Cary, N.C. (August 27, 2021) - Midfielder Daniel Steedman has signed a professional contract with North Carolina FC for the remainder of the 2021 season, the club announced today. The deal is pending league and federation approval.

Steedman spent the 2020 season with Atlanta United 2, appearing in thirteen matches for a total of 331 minutes of playing time. The Glasgow, Scotland native was then selected 28th overall by Austin FC in the MLS SuperDraft, but ultimately did not sign with the team. In 2018, the midfielder joined the Charlotte Independence, playing in two regular-season matches and in one match during the US Open Cup. Steedman also played collegiately for the University of Virginia, logging minutes in 37 games, 28 of which were starts, and notching five goals and seven assists.

“We are excited to add Daniel Steedman to our NCFC roster for the remainder of the 2021 season,” Head Coach John Bradford said. “He is an aggressive, athletic attacking player that can play in a number of different roles.  He has qualities in front of goal that will help us in creating and scoring goals.  I have followed Daniel from his days at Charlotte Soccer Academy to UVA and now we’re glad to have him in our environment.”

Steedman will be available for NCFC’s next match on Saturday, August 28 against the Richmond Kickers. The game kicks off in Richmond at 6:30 p.m. ET on ESPN+.