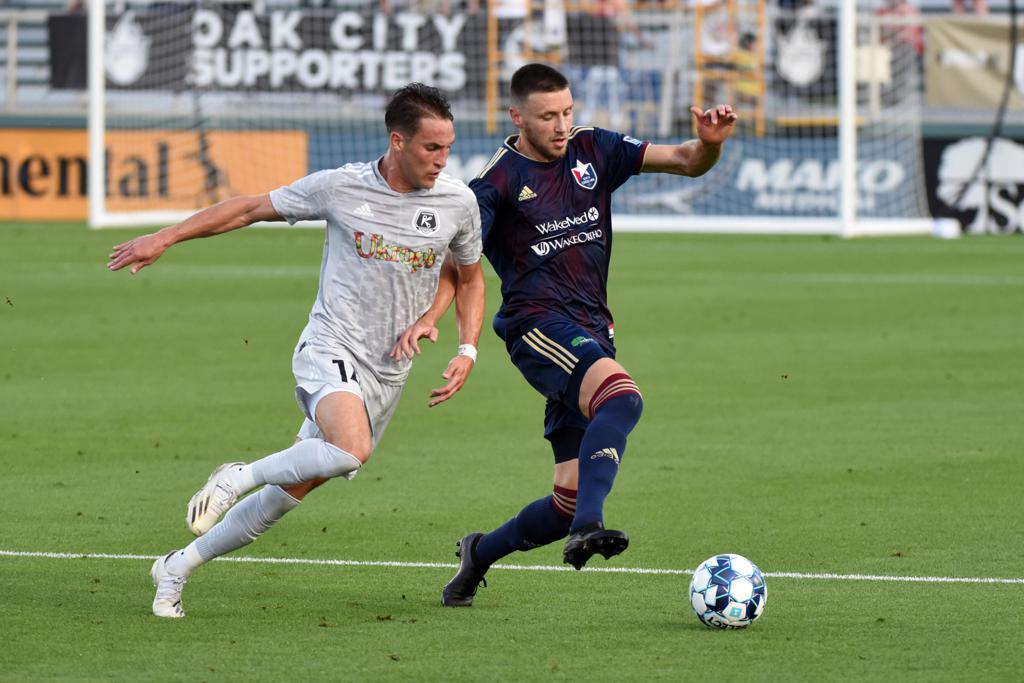 CARY, NC (July 1, 2021) - On the heels of their first win of the season, North Carolina FC will look to add to the win column once again as they hit the road to take on Tormenta FC for the first time this season on Saturday, July 3 at 8 p.m. ET at Erik Russell Park in Statesboro, Georgia. The match will stream live on ESPN+.

Two second-half goals lifted North Carolina FC to their first win of the season as John Bradford’s team defeated the visiting Richmond Kickers, 2-1, in their most recent match. Max Flick and Jay Tee Kamara tallied the pair of goals, each notching their second goal of the season. Emilio Terzaghi scored the lone goal for the Kickers.

Flick added the equalizer in the 47th minute, beating several defenders in an aerial duel to bury a header past Richmond goalkeeper Akira Fitzpatrick and deadlock the match at a goal apiece. Jay Tee Kamara gave NCFC the lead in the 56th minute, bodying a clearance from the Richmond defense and cutting the ball to his right foot and back to his left in a swift motion to beat his defender. The young standout then rocketed a shot into the lower ninety, netting the game-winner.

Named USL League One’s Player of the Week following his last performance, Jay Tee Kamara has been a staple in the North Carolina FC lineup. The 19-year-old has notched two goals and three assists on the season and made himself an integral part of NCFC’s victory over the Kickers. In Friday’s match, Kamara will look to add to his tally of goals and assists, challenging Tormenta’s defense with his quick style of play, passing precision and field vision.

In what will be a battle of young stars on Friday night, Tormenta’s Rodney Michael stands above the rest on the opponent’s side. Called up to Tormenta FC’s roster in early June, the Freetown, Sierra Leone native has already opened his scoring account with his new squad, scoring a goal in Tormenta’s last contest against Toronto FC II. Michael will look to control the attacking third for the Ibises, creating scoring chances and perhaps marking the scoresheet himself in Friday’s match.

Up Next: North Carolina FC will continue their stint on the road to take on the Greenville Triumph for the third time this season on Saturday, July 10 at 7 p.m. ET at Legacy Early College in Greenville, SC.