Match Preview: NCFC to Face Chattanooga Red Wolves on the Road this Sunday 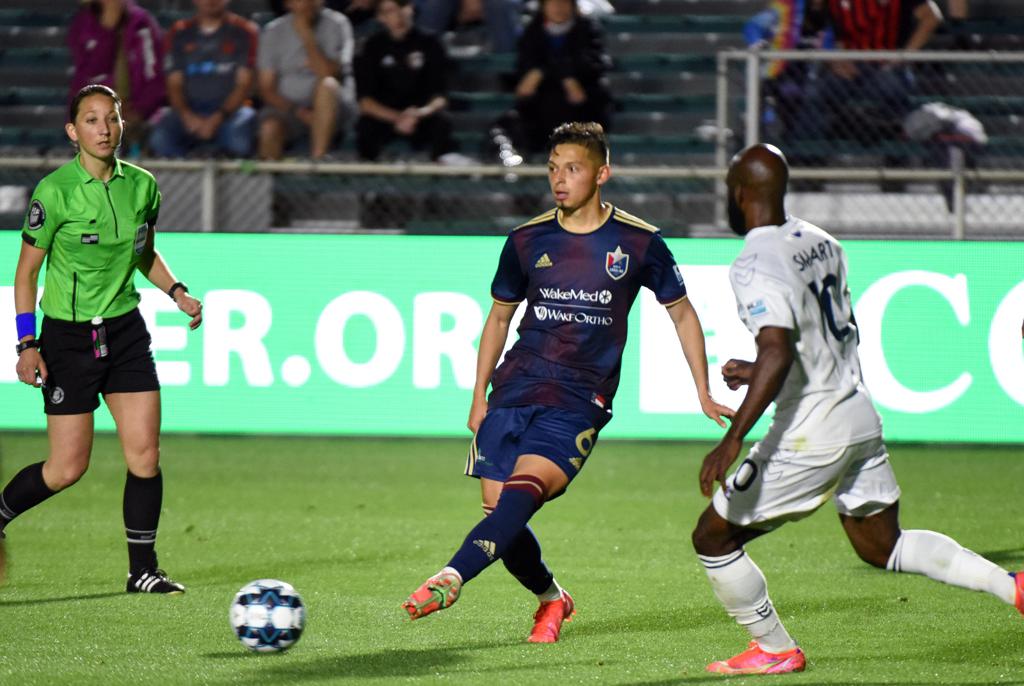 CARY, NC (June 18, 2021) - North Carolina FC will continue their stint on the road to face the Chattanooga Red Wolves for the first time this season on Sunday, June 20 at 7 p.m. at CHI Memorial Stadium in Chattanooga, Tennessee. With several veteran players out due to injury, an impressive group of academy standouts and young stars have stepped up to the challenge, as NCFC looks to earn their first win of the season.

In their most recent match, North Carolina FC came up short against last year’s League One champs, Greenville Triumph SC, 2-1. Though the result was not what the young squad was hoping for, it was a night of firsts -- Jay Tee Kamara notched his first goal of the season, seven NCFC Academy players were listed on the 18-man roster, and 17-year-old Britton Fischer, also an NCFC Academy product, made his starting lineup debut. Don Smart and Marios Lomis added a goal apiece for the opposing side.

“There were many positives tonight, in a game where critical details were the difference,” shared NCFC head coach John Bradford following the match. “I felt we were the better team in the first half and our young group took it directly at the reigning league champions on their home field. We certainly have to improve on taking our chances. Also, to have Britton Fischer be the first NCFC Academy player to start a professional match was a major milestone for him and for our club.  Our entire group had confidence in him and I thought he performed extremely well in a challenging road environment against a top opponent.  He will certainly take this experience and continue his upward trajectory."

Scoring his first goal of the season in North Carolina FC’s last match, Jay Tee Kamara has had an integral part in three of the team’s goals across five matches played, also logging two assists. Kamara’s quick footwork and thinking on the ball allow him to challenge defenses across the league, and the 19-year-old will look to help NCFC get on the board -- or get on the board himself -- in Sunday’s match against the Red Wolves.

Recently named to the USL League One Team of the Week, Ricky Ruiz scored his first professional goal and assisted two more in the Red Wolves’ last contest against FC Tucson. The forward also tallied eight chances throughout the match and won nine out of twelve duels, his performance lifting Chattanooga to a 3-2 victory. Ruiz will look to repeat his most recent performance when taking on North Carolina FC on Sunday.

What’s Next: North Carolina FC will return home for their Pride Night match on Friday, June 25 against Richmond Kickers at 7 p.m. ET. Ticket packages with special edition Pride scarves can be found here.