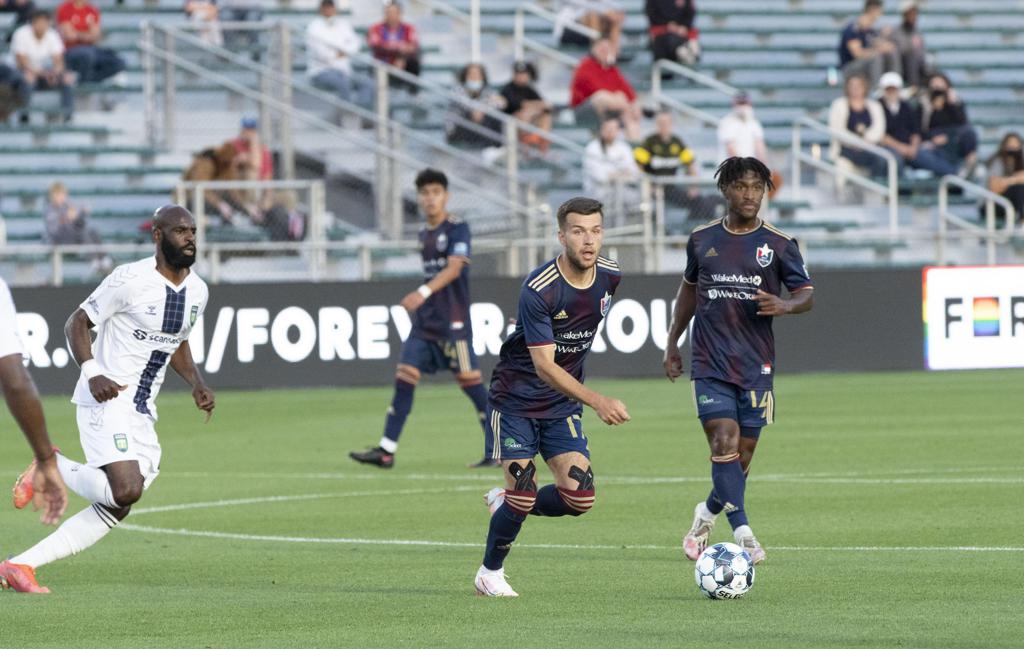 CARY, NC (June 14, 2021) - North Carolina FC will hit the road to face off against Greenville Triumph SC for the second time this season on Wednesday, June 16 at 7 p.m. at Legacy Early College in Greenville, South Carolina, as the young squad continues to hunt for their first win.

In the last meeting between the two teams, North Carolina FC fell to the Triumph 2-1 despite a valiant effort from goalkeeper Jake McGuire, a goal from Selmir Miščić, and several professional debuts for a few members of the NCFC roster. After ending the first half deadlocked at a goal apiece, the Triumph found the net for a second time in the 65th minute. Cole Frame and Jay Tee Kamara worked desperately for an equalizer, creating several scoring opportunities but to no avail as the final whistle blew. Marios Lomis and Lachlan McLean each added a goal apiece for the Triumph.

In their most recent contest, North Carolina FC came up short in stoppage time against the visiting Fort Lauderdale CF. A goal from Selmir Miščić, his third of the season, equalized for the home team in the 36th minute, erasing the 1-0 deficit at the hands of Fort Lauderdale’s Mitchell Curry. The first half concluded in a 1-1 tie, as each side entered the second half raring for a game-winner. Down a man due to a red card in the 77th minute, NCFC fought tirelessly to find the back of the net, stringing together several close chances but falling short when Fort Lauderdale found a goal in the second minute of stoppage time.

A steady presence in the North Carolina FC backline, Max Flick has posted 450 minutes of playing time in five of NCFC’s matches. When it comes to challengers like Greenville forward Marios Lomis, consistency and composure are required of NCFC’s center backs, a need that Flick can easily fill. Head coach John Bradford has complimented Flick’s ability to play in a number of different roles in the backline -- and Flick will look to rise to the occasion against the Triumph on Wednesday.

Recently named USL League One’s Player of the Month, Lomis has tallied five goals in five games and averages 74 minutes of playing time per game for the Triumph. A terror on offense, Lomis has led Greenville to a 4-1-1 record, scoring a majority of the team’s nine goals on the season. In Wednesday’s match, Lomis will look to add to his scoring total, providing a challenge to the NCFC defense.

What’s Next: North Carolina FC will continue their stint on the road to face the Chattanooga Red Wolves at CHI Memorial Stadium in Chattanooga, Tennessee on Sunday, June 20 at 7 p.m. ET. The squad will then return home for their Pride Night match on Friday, June 25 against Richmond Kickers at 7 p.m. ET. Ticket packages with special edition Pride scarves can be found here.