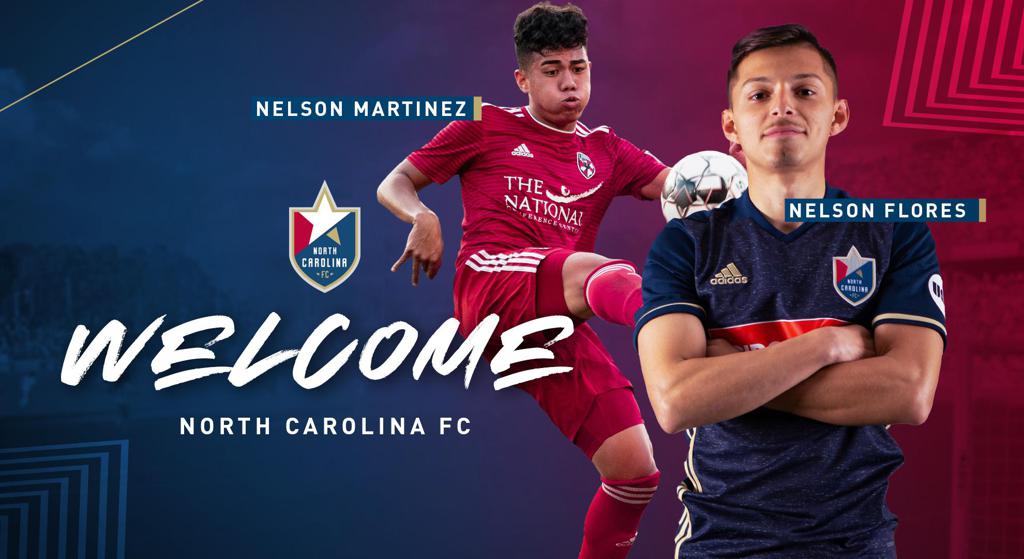 Cary, NC (March 26, 2021) – Nelson Flores and Nelson Martinez have signed with NCFC, the club announced today. Both deals are one-year contracts with one-year club options for the 2022 season. Both deals are pending league and federation approval.

El Salvador native Flores rejoins North Carolina FC following his 2017/18 stint with the club. He most recently spent time with Oakland Roots SC, with a spell at San Diego 1904 between North Carolina and Oakland. The last three seasons of his youth career were with D.C. United Academy, where he made 52 appearances and scored 21 goals from 2015-2017. His pro career has seen him make 12 appearances, scoring one goal.

“I’m very excited to bring Nelson Flores into our group this year," said Head Coach John Bradford. "He is a talented player that adds quality and versatility to our team, as he can play in a number of different roles. Obviously, he knows our club and area well, having spent time here in 2018, which is great for him to come in and be impactful immediately."

The 20-year-old Martinez, a native of Woodbridge, VA, also played in the DC United Academy for four years, where he started 85 games and scored seven goals. In 2019, Martinez logged 25 appearances for USL Championship side Loudoun United and scored his first professional goal against Saint Louis FC on July 6, 2019. Martinez also assisted twice in his debut season.

“Nelson is another player that I had the opportunity to work within the US Youth National Team system and have kept up with his young career ever since," said Bradford. "He’s a competitive player with quality and can play either as an outside back or in the midfield. I’m thrilled to add him to our group and can’t wait to get started with him next week."