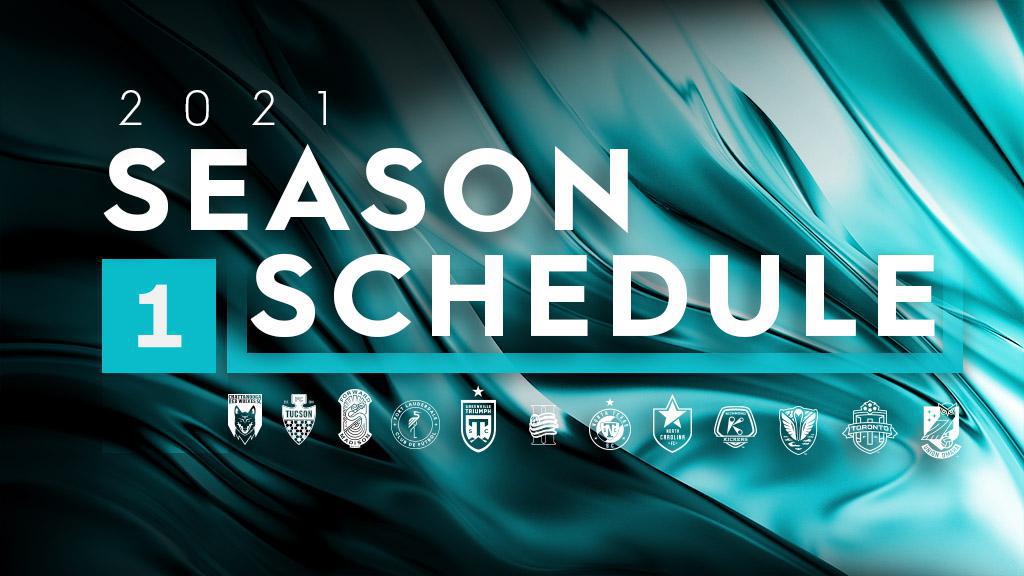 CARY, N.C. (March 22, 2021) – North Carolina FC unveiled its 2021 USL League One schedule on Monday, and the club will play 28 games over the course of a regular season that spans 168 days from May through October.

NCFC will begin its campaign with a home match against Greenville Triumph SC, as head coach John Bradford’s team will host the defending USL League One champions on Saturday, May 8th at Sahlen’s Stadium at WakeMed Soccer Park. The two clubs have yet to face off in a match, but the stage is set for the kindling of a new rivalry between the only two League One clubs in the Carolinas.

The May 8th fixture marks the first of 14 home games and one of two in the month of May, as NCFC will also host FC Tucson on Saturday, May 29th. NCFC’s first away game of the season comes on May 15th, as it travels to face Forward Madison FC.

NCFC will play four matches in 2021 against long-time regional rivals Richmond Kickers, twice at home on June 26th and July 21st, and twice away on May 22nd and August 28th. Since 2018, NCFC is 3-1 versus the Kickers. The teams last met in the second round of the U.S. Open Cup in 2019 where NCFC recorded a 4-1 win behind a brace from Robbie Kristo, who returns for the 2021 season.

The 2021 NCFC League One schedule places an emphasis on exciting regional matchups, with NCFC taking on Richmond, Greenville, and Chattanooga Red Wolves four times each, with home and away fixtures against the league’s remaining eight clubs rounding out the remainder of the 28-game schedule.

NCFC will come full circle with their final match on Saturday, October 30th, when Greenville Triumph return to Cary for a Saturday night tilt as part of an action-packed final fixture date for the League One season. Eight League One teams will square off on the final day of the regular season, providing a host of matchups that are sure to have playoff implications.

Following the conclusion of the regular season, the top six teams in League One will qualify for the 2021 USL League One Playoffs, which will open with the Quarterfinals, to be held on November 6th and 7th. The Semifinal matches will then be held between November 13th and 14th, with the League One Final contenders squaring off on the weekend of November 20th.

Every game of the 2021 League One season can be viewed in the United States on ESPN+, with international viewers able to take in the action on YouTube. To view the complete League One schedule, click here.

Season tickets for North Carolina FC’s 2021 season, as well as multi-year season ticket plans, are on sale now. Click here to learn more about season tickets or call the Coastal Credit Union Box Office at 919-459-8144 to speak with a ticket representative.