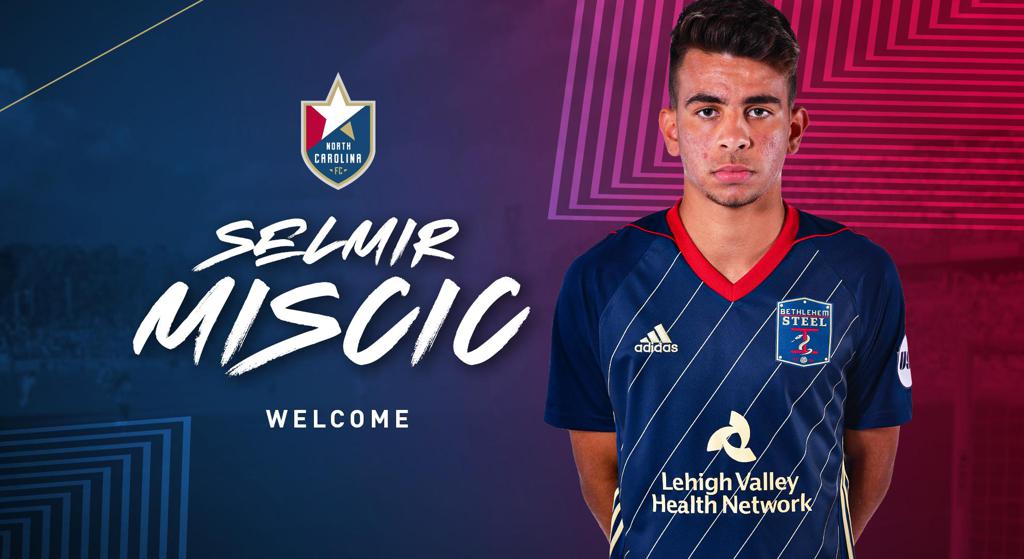 “Selmir is a talented young player that I have known since I had the opportunity to work with him with our US Youth National Teams, said Bradford. “He brings creativity, quality, and will be an exciting player in our attacking group. I’m thrilled to get him into our environment and happy we can help this player in his overall development.”

Miscic joins NCFC on-loan from the Philadelphia Union as an academy product with experience playing for Union II. The 18-year-old made 11 appearances for Union II in 2020, starting five of the matches. Miscic scored one goal and played a total of 443 minutes during the season.

The midfielder played for Bethlehem Steel during the 2018 and 2019 seasons. Miscic scored his first professional goal on October 9, 2019, becoming the youngest goal scorer in Steel FC history since the club's modern-era founding at 16 years. He then made his first professional start in the following match. On the international level, the midfielder represented the United States at the U16 level in 2018 and 2019.