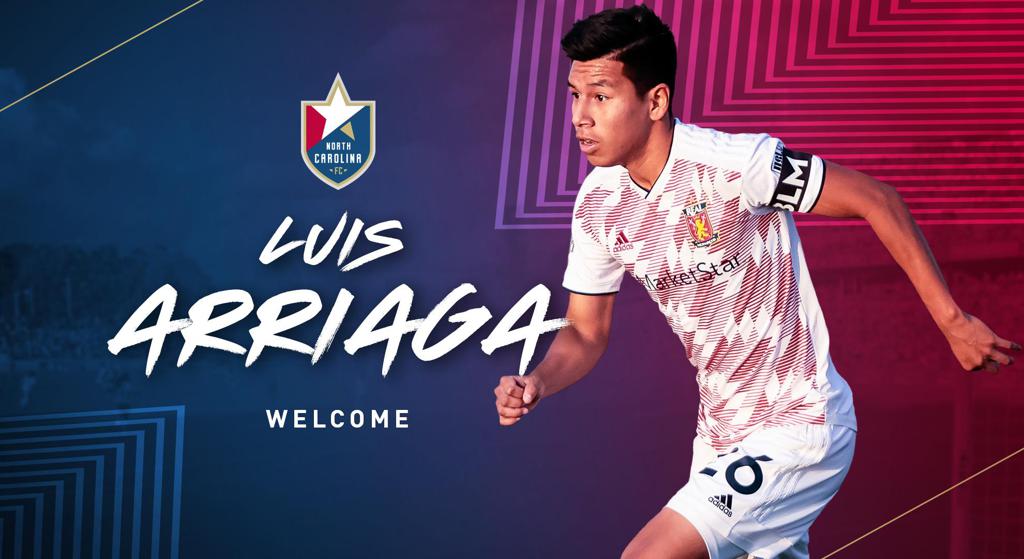 Cary, NC (March 11, 2021)- North Carolina FC announced today the signing of Luis Arriaga ahead of the 2021 season pending league and federation approval. The midfielder has experience playing in the MLS and USL Championship.

“Luis is a talented young player who will be a quality addition to our roster, specifically contributing to our attacking production,” said NCFC head coach John Bradford. “I believe he has a bright future ahead of him and look forward to working with him soon.”

Arriaga came up through the Real Salt Lake Academy where he developed as a young player. He scored 55 goals in his academy career. He also represented the United States as a member of the US Youth National Team at the U16 and U18 levels.

At just 18 years old he signed a Homegrown contract and made his MLS debut with Real Salt Lake. He made two appearances during his first professional season in 2019. During the 2020 season, Arriaga played for the Real Monarchs of the USL Championship. He made 10 appearances for a total of 567 minutes, starting in six games.