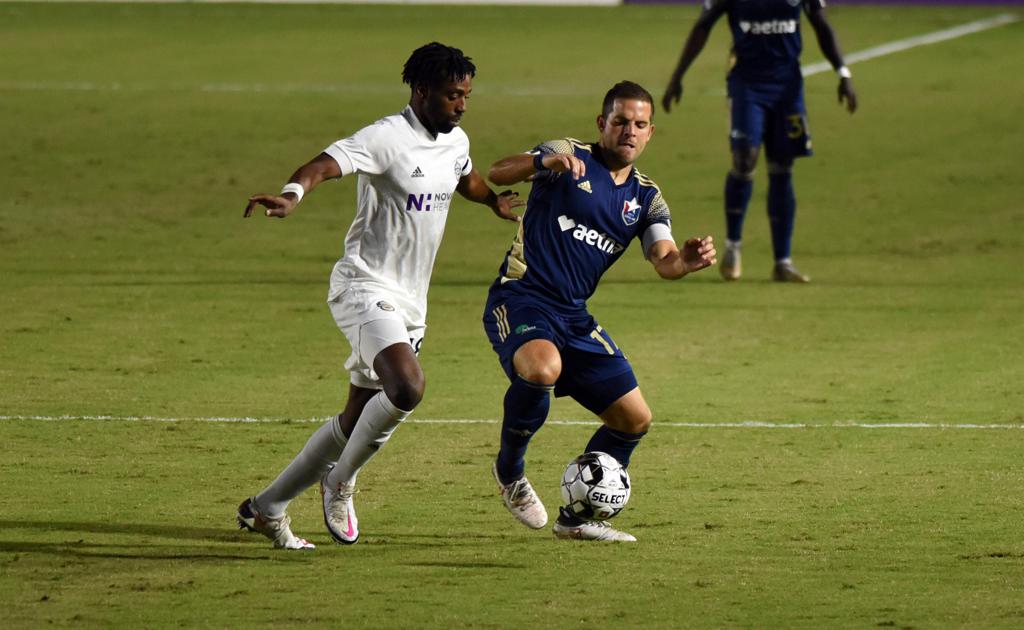 Cary, NC (October 3, 2020) - Following a hard-fought match and several dangerous attempts to score, North Carolina FC was unable to come away with a win and fell to the Charlotte Independence 1-0 at home on Saturday night. The match marks North Carolina FC’s last game of the 2020 season.

“I think we created enough chances to get ourselves one or two goals, we missed the target or we were just off,” NCFC head coach Dave Sarachan said of his team’s effort in a post-game interview. “That’s soccer, and I can’t fault my team for the initiative to try to win the game. I feel for the guys because I think they put in a pretty good shift and just didn’t get rewarded.”

North Carolina FC began the first half raring for a go-ahead goal. In the 22nd minute, NCFC was awarded a free kick that was taken by captain Ben Speas. Speas lofted the ball into the Charlotte box, meeting the head of forward Marios Lomis. Lomis attempted to flick the header into the net, but the redirection was saved by Charlotte Independence goalkeeper Brandon Miller.

North Carolina FC had the only two shots on goal in the first half and four total shots. The team entered halftime with a passing accuracy of 75.6%.

After entering the second half deadlocked at 0-0, NCFC found themselves in the attacking third once again. This time, it was Akeem Ward on the ball. Dribbling up the left flank and cutting the ball around several Charlotte defenders, Ward took a chance and blasted a shot from outside the eighteen that was tipped by Miller and sent over the crossbar.

Eager to continue their fight for a spot in the playoffs, NCFC pushed the limits of the Charlotte defense. In the 87th minute, Robert Kristo threaded a ball to Manny Perez who was sprinting up the right flank. Perez caught the pass in stride, taking a few touches before firing a shot that sailed just wide of the goal. Minutes later, Kristo created another scoring chance that was buried into the side netting of the Independence goal.

In the fourth minute of stoppage time with all of NCFC’s players upfield, Charlotte forward Dane Kelly threaded a pass to teammate Valentin Sabella outside of the eighteen. Sabella took a touch, scoring to give the Charlotte Independence the 1-0 advantage. With only a minute of play remaining, NCFC worked desperately to begin a counter-attack but were met with the final whistle.