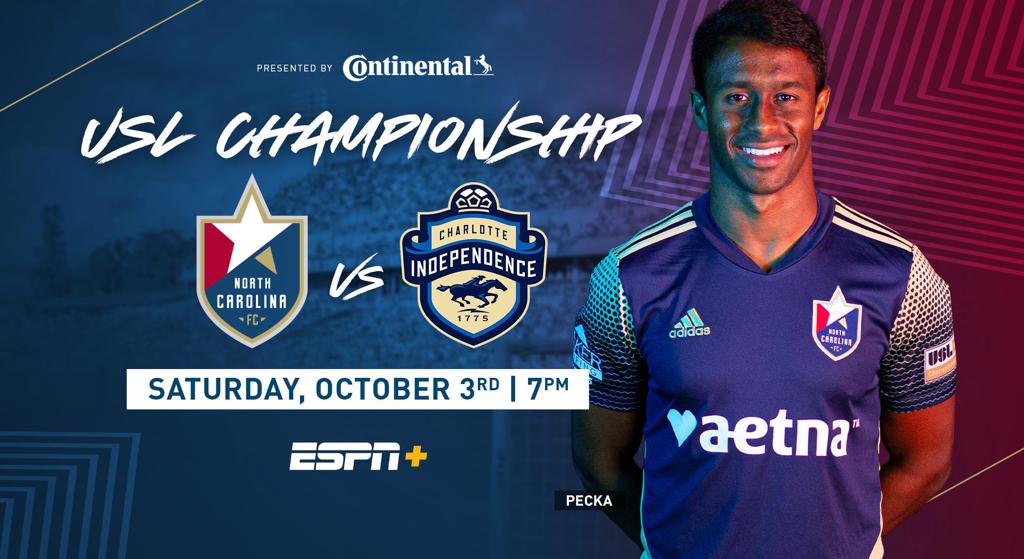 Cary, NC (October 1, 2020)- Dave Sarachan and North Carolina FC prepare to play the Charlotte Independence on Saturday night at 7 p.m. in a must-win match at Sahlen’s Stadium at WakeMed Soccer Park. NCFC must defeat the Independence to keep their USL playoff chances alive. A limited number of fans will be allowed to attend the NCFC match for the first time since March.

“Having fans will be fantastic and massive for the group,” said Sarachan. “This year has been obviously very unique. To have people there, whether it’s 500 or 700, it will feel like 5,000 given the perspective of what we have had. To have our home fans there with family and supporters is going to be a huge boost for our guys.”

Sarachan’s team defeated the New York Red Bulls II in Richmond, VA on Wednesday night, 3-0. Dre Fortune scored his sixth goal of 2020, and Ben Speas scored his first goal of the season to start the game off. Akeem Ward and Manny Perez linked up to cause an own goal right before halftime. Tambakis made four saves in the match to earn the team’s first clean sheet since August 8.

The timely win was NCFC’s second in a row as they look ahead to the USL playoffs. In order to clinch a spot, NCFC must defeat the Charlotte Independence and win a 16th game that is expected to be scheduled in the coming week.

“You can imagine, we are feeling good right now, but we are not cocky,” said Sarachan. “It is one game at a time. There is belief and there is spirit and if you have these things within the group, you can accomplish a lot. We know that Saturday is going to be a real battle.”

Player to Watch Presented by Aetna:

According to Sarachan, Speas has had an excellent six weeks of play and training. The veteran midfielder captained the team against New York Red Bulls II and also scored his first goal of the season. In the previous match, Speas earned an assist on Manny Perez’s goal in a win against Birmingham Legion FC. The midfielder has been taking many of the team’s corner and free kicks, both of which will be crucial in Saturday’s match.

A key way that Charlotte can crush NCFC’s playoff hopes is by not giving up any goals. Miller has only allowed NCFC to score once against the Independence this year. He has made 57 total saves, including two penalty saves. NCFC must get the ball past Miller to advance.