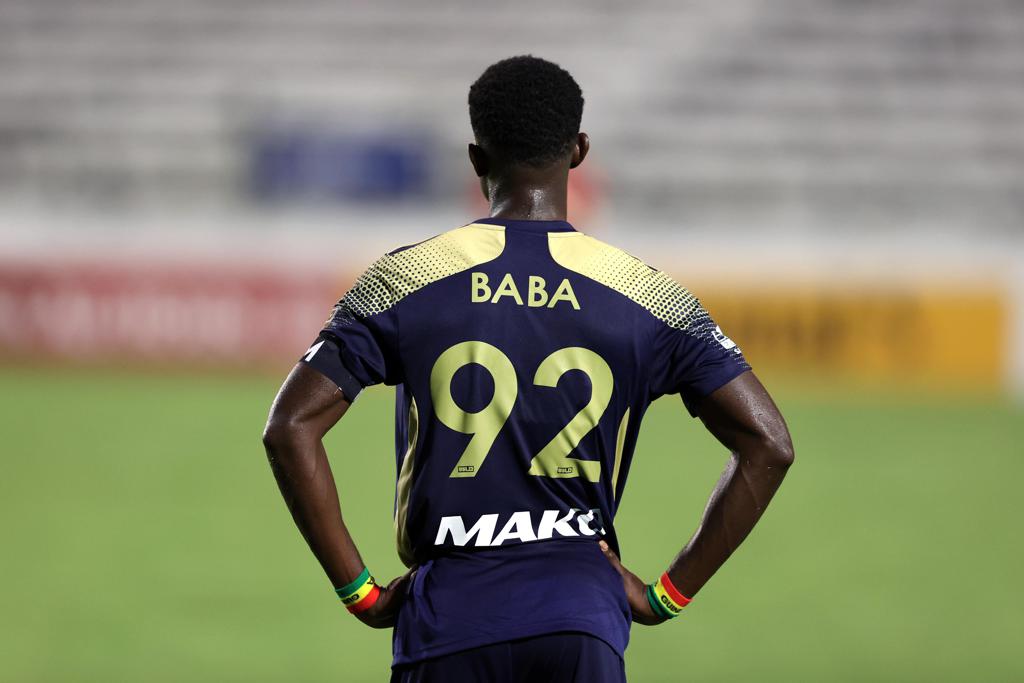 North Carolina FC forward Hadji Barry sported a new look on Saturday as NCFC returned to play at WakeMed Soccer Park for the first time since early March. It was hard to miss the 6-foot forward’s jersey which read “Baba” instead of “Barry” across the back.

“Baba means dad in my dialect for Guinea,” said Barry, the Conakry Guinea native. “I want to dedicate this season to him.”

Just a few weeks ago, Barry’s dad passed away back in his home country of Guinea. Unable to be there with his family or attend the funeral due to the coronavirus, Barry wanted to honor his father in a meaningful way.

“I’d love for him to be here, but deep down, I know he is always with me and watching over me,” Barry said. “I want to keep making him proud.”

Baba would have been very proud of his son’s performance on Saturday as he helped lead NCFC to their first victory of the season. Barry took a team-high five shots and had two key passes.

“My brothers and everyone back home wants the jersey now,” said Barry. “I’m like oh man, I’m going to have to buy a bunch of jerseys now. They are really proud of the decision I made to honor him.”

Another unique part of Barry’s jersey is that he wears number 92, the highest number of any NCFC player. He acquired the number when he was on the second team with Swope Park Rangers. He claims he had his best professional season that year and has kept the number since then.

So, if he has his best professional season this year with NCFC, will Barry keep “Baba” on his jersey?