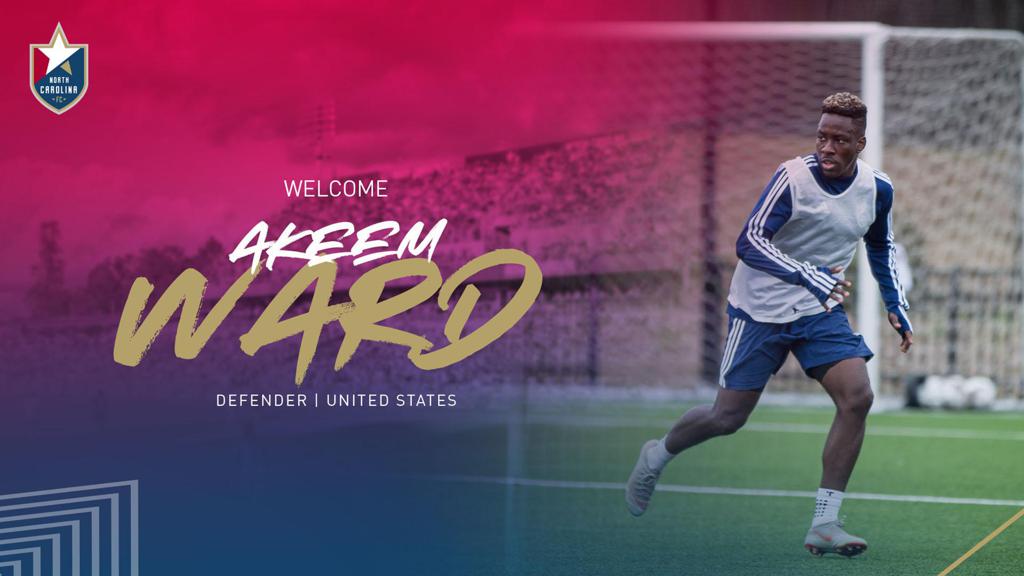 D.C. United drafted Ward with the No. 14 pick in the first round of the 2019 MLS SuperDraft. The Creighton University product played for D.C. United as well as USL Championship sides Loudoun United and Birmingham Legion FC during his rookie season. In 23 league matches with the three clubs, the 24-year-old Ward totaled 1,882 minutes and recorded four assists as he played both left back and right back at different times.

“I’ve watched Akeem over the last year and a half,” NCFC head coach Dave Sarachan said. “He can play on the left or the right, which is a big plus for players to have that kind of versatility. He can keep up with the pace of the game with his speed, so I think he’s a guy that adds good experience who will push to see minutes.”

From March-July 2019, Ward split time with D.C. United and its affiliated USL Championship side, Loudoun United. Ward played in nine matches with Loudoun United and was named to the USL Championship Team of the Week in Week 7. D.C. United head coach Ben Olsen named Ward to his matchday squad seven times, and the Vienna, Va., native made his MLS debut on May 15, starting in a scoreless draw against Toronto FC.

Birmingham signed Ward in July, and he started in 12 of his 13 appearances with the team.

Prior to the start of his professional career, Ward first spent one season at Hastings College before playing at Creighton for three years. As a Bluejay, Ward made 47 appearances, scoring twice and dishing out six assists. In 2018, Ward earned multiple accolades, including selections to the United Soccer Coaches All-East First Team and the All-Big East First Team.