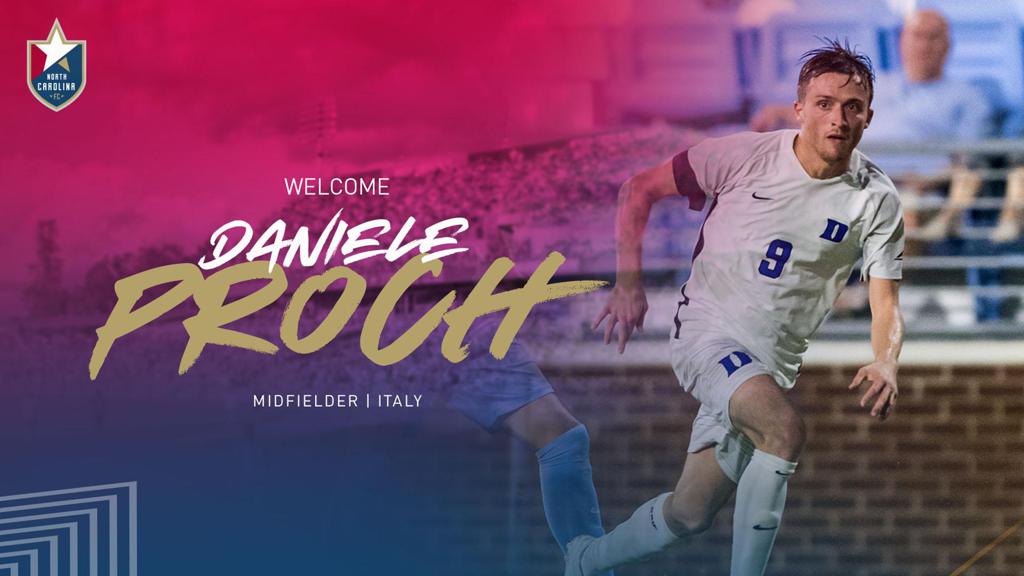 CARY, N.C. (Feb. 6, 2020) – Adding another local ACC standout to its roster, North Carolina FC has signed rookie striker Daniele Proch out of Duke University, the club announced on Thursday. The transaction is pending league and federation approval, and no further details were disclosed, per club policy.

Proch, 23, is a native of Riva Del Garda, Italy, and spent the first season of his collegiate career at Catawba College before playing three years with the Blue Devils. From 2017-19, Proch notched 28 goals and nine assists in 80 matches with Duke, earning second-team all-America honors in 2018.

Familiar to NCFC head coach Dave Sarachan, Proch previously trained with both the NCFC first team and NCFC U-23 squad in 2019.

“We did have a glimpse of Daniele last summer when he was here for a couple weeks of training,” Sarachan said. “We saw something in him that we liked. For him to showcase himself again these past few days sort of solidified himself. He can play in a variety of positions in the final third, either as a central guy or from both sides.”

Before coming to the U.S. in 2016, Proch spent time with Italian clubs Dro Calcio and FC Suditrol. As a freshman with Catawba, Proch led his team with eight goals and was the South Atlantic Conference Freshman of the Year.

After ranking second on Duke in scoring in 2017 (five goals and two assists), Proch was the Blue Devils’ top scorer in both 2018 and ‘19, recording 23 goals and seven assists in that two-year span.

NCFC opens up its regular season at Sahlen’s Stadium at WakeMed Soccer Park on Saturday, March 7 at 2:30 p.m. against Louisville City FC.