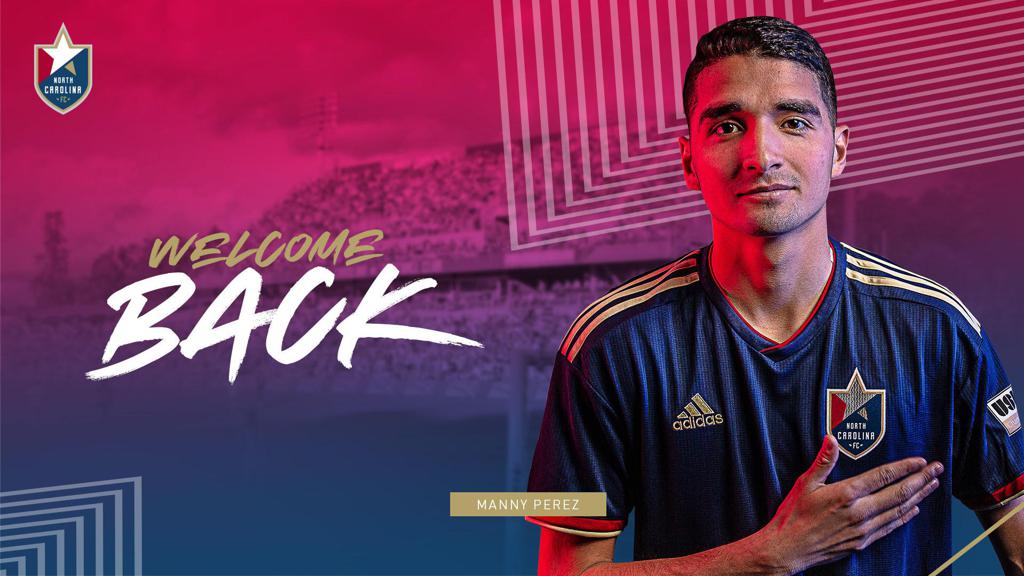 Perez, 20, spent the 2019 season at NCFC, recording five assists in 23 matches across all competitions. Perez, of Garner, is an alumnus of the NCFC Youth Academy and played two seasons at N.C. State.

“I’m really pleased that we’re able to get Manny back for season two with the club,” NCFC head coach Dave Sarachan said. “I felt that Manny really grew from the very beginning of the year to the end as a professional. He had some injuries that sort of set him back, but I think he’ll have a much better starting point leading into our season compared to a year ago. He has a lot of ability that will hopefully come out.”

Perez signed with the 50-time Scottish champions in January 2019, inking a deal for three and a half years with Celtic before remaining close to home and contributing to a 2019 NCFC squad that won 16 matches and reached the USL Championship Playoffs.

With Perez back in the fold, NCFC’s 2020 roster includes 13 returnees from last year’s squad. NCFC begins the 2020 USL Championship season at home against Louisville City FC on Saturday, March 7 at 2:30 p.m. at Sahlen’s Stadium at WakeMed Soccer Park.