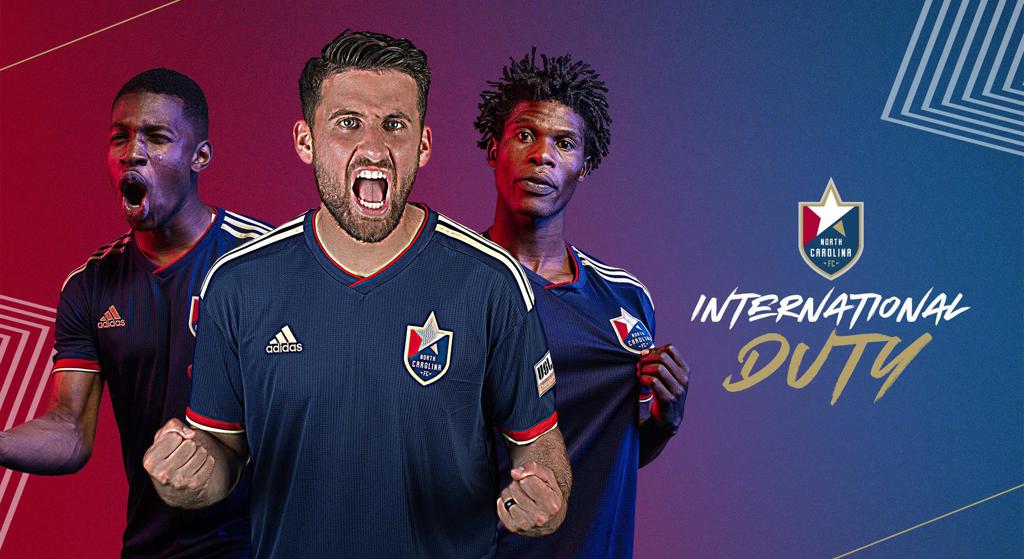 CARY, N.C. (Oct. 7, 2019) – North Carolina FC’s Nazmi Albadawi, Yamikani Chester, Dre Fortune and Manny Perez have been named to the squads of their respective national teams for the upcoming FIFA October window, which runs from Oct. 7-15.

Albadawi will join Palestine for its home match against Saudi Arabia on Oct. 15, which doubles as a 2022 FIFA World Cup and 2023 Asian Cup qualifier. Palestine holds second place in Group C in the second round of AFC World Cup qualifiers. Albadawi, a Raleigh native, is eligible to represent Palestine through ancestral ties, and has one goal and an assist in six international appearances. Last month, Albadawi assisted in Palestine’s 2-0 home win against Uzbekistan.

Chester, the first-year NCFC man, will link up with Malawi for its friendly against Lesotho on Oct. 11. The athletic winger played in both of Malawi’s World Cup qualifying matches against Botswana in September, as Malawi advanced 1-0 on aggregate to reach the second round of CAF World Cup qualifiers.

Coming off his first stint with the Trinidad & Tobago National Team in September, Fortune, an NCFC Academy product and Raleigh native, is set to once again join the Soca Warriors. Trinidad & Tobago hosts Honduras on Oct. 10 in a Concacaf Nations League match before traveling to Venezuela on Oct. 14 for a friendly.

Perez, an NCFC Academy product, has been named to the U.S. U-23 Men’s National Team roster for its training camp and match vs. El Salvador from Oct. 6-15 at Florida International University in Miami, Fla, U.S. Soccer announced on Monday.

Perez, on loan with NCFC from Celtic F.C., already has international experience under his belt. The Garner native previously helped the U.S. U-20 National Team qualify for the 2019 U-20 FIFA World Cup and the 2019 Pan American Games in Peru, as the team captured the CONCACAF U-20 Men’s Championship in November 2018.

After traveling to face Nashville SC on Saturday, Oct. 12, at 8:00 p.m. ET, NCFC returns home for its regular-season finale as it hosts Saint Louis FC on Saturday, Oct. 19, at 7:00 p.m. ET for Fan Appreciation and Hamilton Night. The team will also celebrate the career of team captain Austin da Luz, who is retiring following the season. For tickets and information please visit www.NorthCarolinaFC.com or call the Coastal Credit Union Box Office at 919-459-8144.