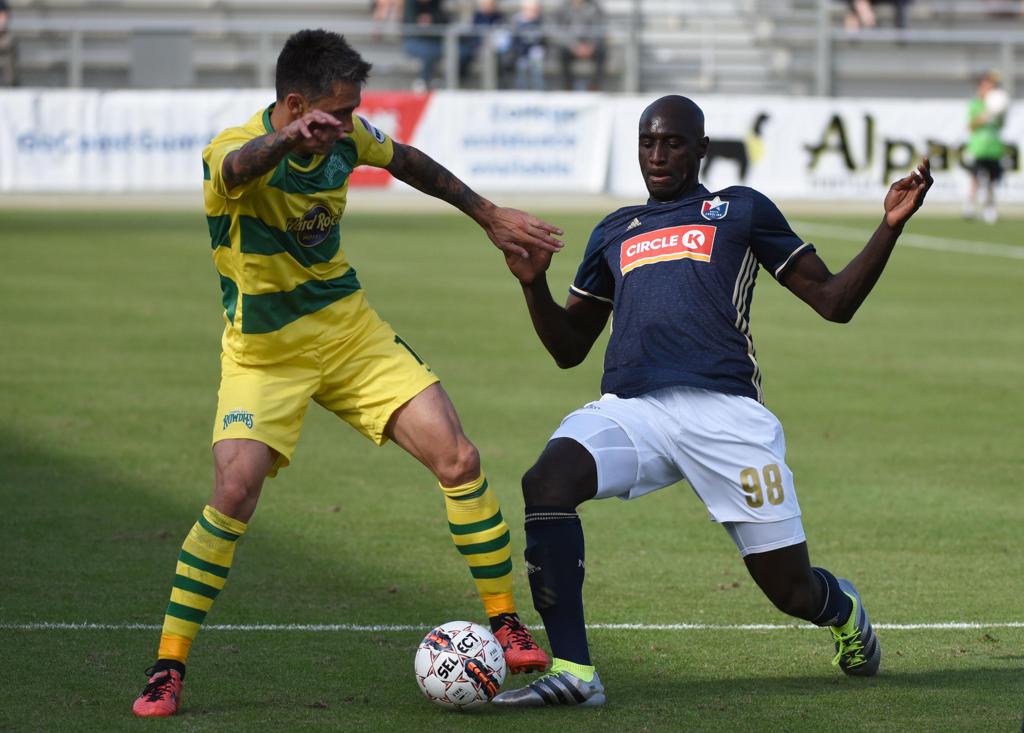 CARY, N.C. (June 1, 2018) - North Carolina Football Club on Friday announced the departure of center back Futty Danso, who has left the team to continue his professional career in the Malaysia Super League.

A Rocky Mount, N.C., resident, Danso signed a short-term contract with NCFC prior to the start of the 2018 season and appeared in each of the club’s 11 matches between USL and Lamar Hunt U.S. Open Cup play, making 10 starts.

Before signing with NCFC in March, Danso spent the 2017 season in Malaysia with Kelantan FA, where he appeared in 22 matches and played 1,980 minutes.

North Carolina FC originally signed Danso to a short-term deal in hopes of extending his stay in North Carolina. The club wishes Futty nothing but the best in his new chapter.