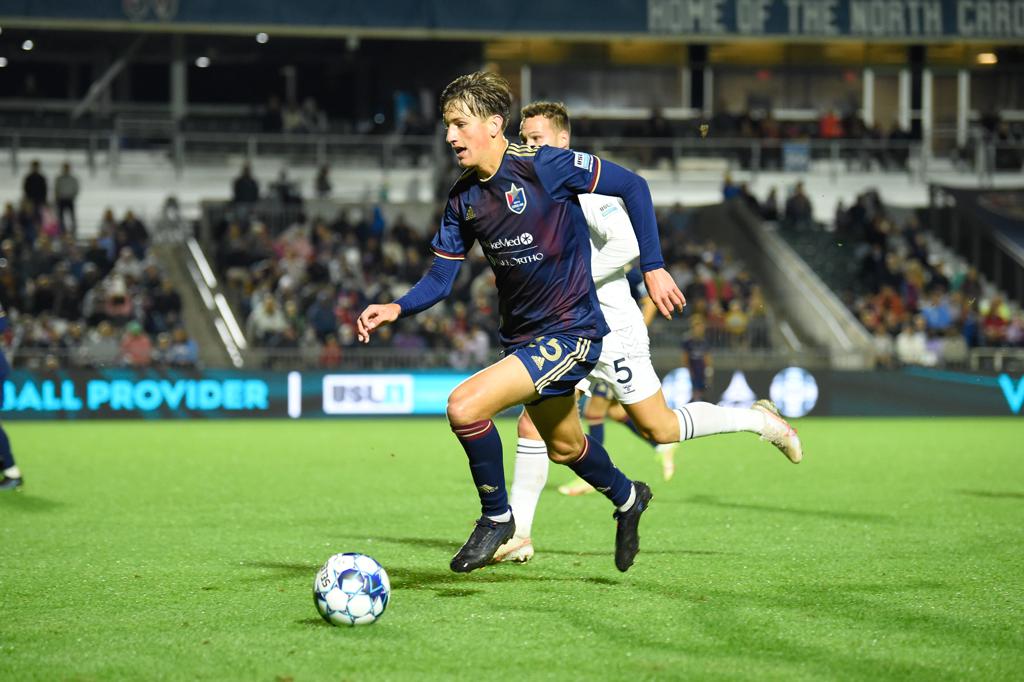 CARY, NC (October 30, 2021) - North Carolina FC fell to the visiting Greenville Triumph SC on Saturday night, finishing the season with seven wins and a team chemistry that progressed continually amongst the young group. Marios Lomis and Allen Gavilanes each added a goal apiece to seal the result for the Triumph, but the North Carolina side was able to hold their opponent scoreless throughout the second half. Though the result was not in favor of the home side, match highlights included a strong performance from second-half substitutes Selmir Miscic and Robby Kristo, as well as Kristo’s final appearance with North Carolina FC ahead of his retirement from outdoor professional soccer.

“I want to send a huge thank you to all my current and former teammates, coaches, and especially the fans that have been on this journey with me,” Kristo said in a statement released via his social media on Wednesday. “My teammates throughout my career have become like brothers to me and I will always consider them family. To Mike McGinty, John Bradford, and Nic Platter - I want to personally thank you for giving me this opportunity and continuing to believe in me.”

Marios Lomis opened the scoring for the visitors in the 18th minute, the play beginning on a leading ball from the Triumph defense to forward Lachlan McLean. On his first touch, McLean slotted a ball to the former North Carolina FC player, who one-timed a shot into the lower 90 to give the Triumph a 1-0 advantage. With his fourteenth goal of the season now in hand, Lomis has pulled ahead of Union Omaha’s Greg Hurst for the second-most number of goals scored in the league. Allen Gavilanes added the Triumph’s second goal of the night in the 33rd minute, capitalizing on an assist from Abdi Mohamed to double Greenville’s lead.

A near-chance came for North Carolina FC in the 70th minute, when second-half substitute Selmir Miscic beat a defender in a one-on-one duel and fired a shot that sailed just wide of the crossbar. Later, in the 82nd minute, Robby Kristo entered the match for Peter Pearson and was met with thunderous applause from fans celebrating an outstanding three-year career with the club. Announced on Wednesday, the NCFC veteran will pursue a career with the St. Louis Ambush of the Major Arena Soccer League (MASL) in the coming years. Read more about Kristo’s retirement here.

“I am excited to be starting the next part of my life back home in St. Louis and will forever be grateful for everyone that supported me, pushed me to be better and cheered me on along the way.” said the Croatian international of his signing.