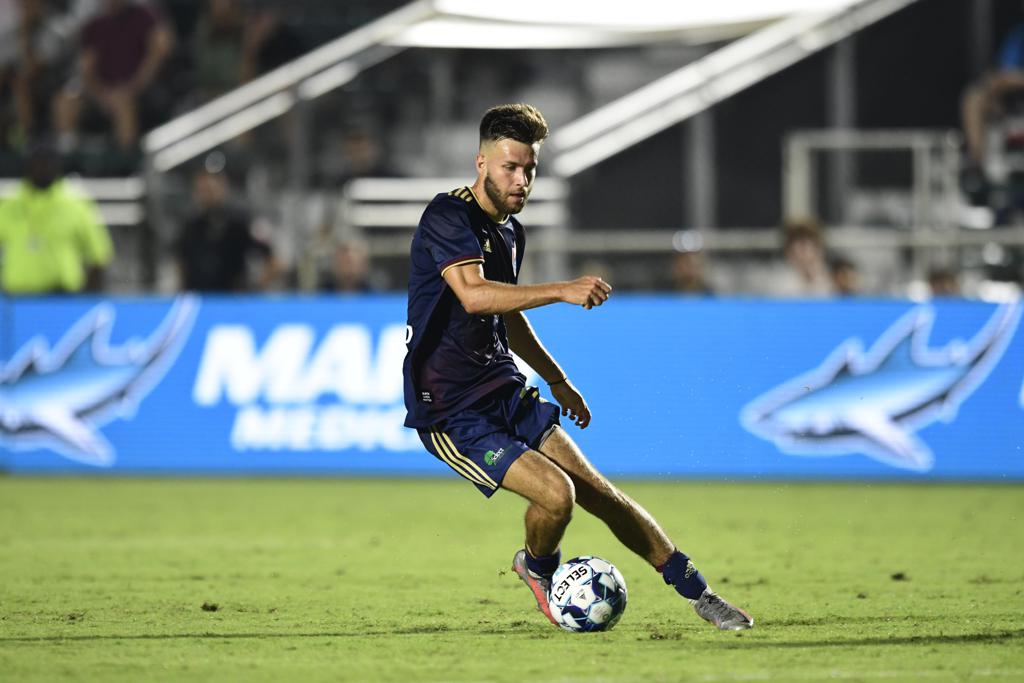 CARY, NC (October 21, 2021) — Following a brief stint on the road, North Carolina FC returns to their home stadium to take on South Georgia Tormenta FC in one of their final matches of the season. The match will take place on Saturday, October 23 at 7 p.m. ET at Sahlen’s Stadium at WakeMed Soccer Park, as the squad aims to secure their seventh win of the season in front of their home crowd. Tickets are available here and the match will air live on ESPN+.

North Carolina FC fell short of league-leading Union Omaha in a high-scoring tilt on Saturday night, coming away from the week-long road trip with a win and a loss under their belt. Defender Malick Mbaye collected his first goal of the season in the contest, with Aziel Jackson tallying the assist. Emir Alidhozic netted an individual goal for the Owls and Evan Conway notched a hat trick to seal three points for the Omaha side.

“It was a tough result against a tough opponent on the road,” said Head Coach John Bradford following the match. “After a horrendous opening minute, I was proud of the fight that the group put in to work and find the equalizer. As has been an issue for us throughout the season, we weren’t able to keep things locked down defensively after we scored. All three first half goals were similar and we were not good enough denying service or with simple marking in the box.”

“I was happy for Malick Mbaye to get on the scoresheet with a great set piece finish,” Bradford continued. “We’re looking forward to competing together as a group over the next two weeks and competing at our home stadium.”

Named to USL League One’s Team of the Week for Week 28, Blanco has assumed an integral role in the North Carolina FC backline and midfield this year. In 25 appearances for the North Carolina side, the 22-year-old has notched three assists on the season, also logging three interceptions and ten recoveries against Tucson earlier this week. In Saturday’s match, Blanco will look to add to his tally of assists, creating chances for his teammates and perhaps adding his own name to the scoresheet, challenging Tormenta’s defense with his quick style of play, passing precision, and field vision.

In what will be a battle of young stars on Saturday night, Tormenta’s Liadi stands above the rest on the opponent’s side. The forward recently notched the first hat trick in club history against Fort Lauderdale CF and was subsequently named to the USL League One Team of the Week for Week 27. Liadi will look to control the attacking third for the Ibises, creating scoring chances for the South Georgia side in Saturday’s match.

Up Next: North Carolina FC will wrap up their season at home against the Greenville Triumph on Saturday, October 30 at 7 p.m. ET at Sahlen’s Stadium at WakeMed Soccer Park. Tickets are available here.