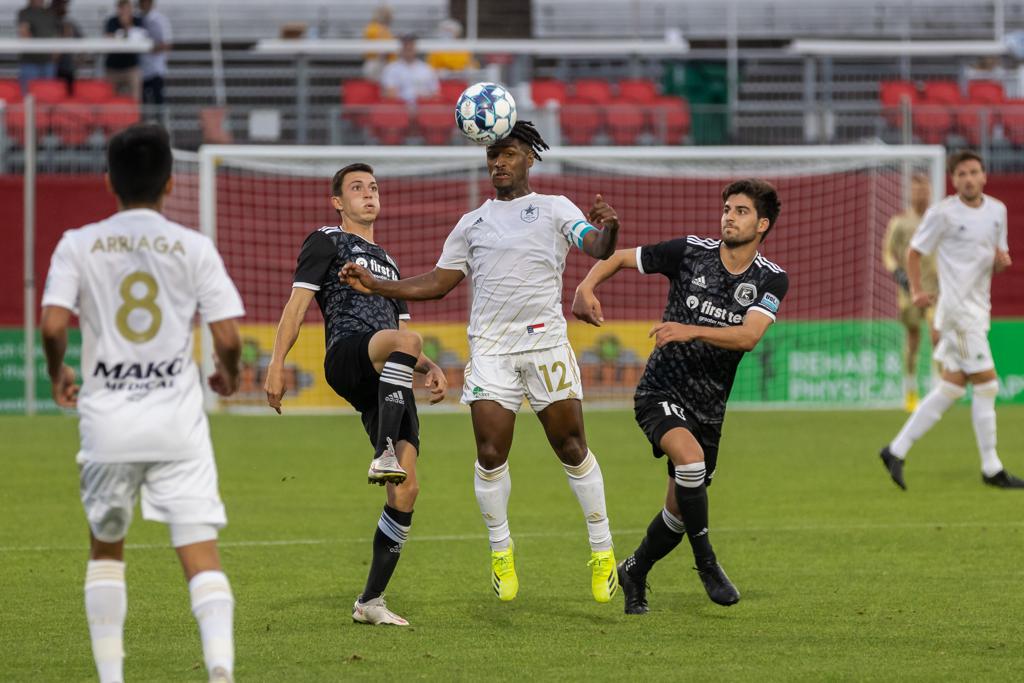 The last meeting between these two teams saw North Carolina FC and the Kickers sharing the points in Richmond as the game resulted in a scoreless draw. Yekeson Subah and Britton Fischer made their first team debuts during the match, and goalkeeper Jake McGuire rendered the Kickers scoreless throughout the entirety of the contest. NCFC posted 57% possession and 83% passing accuracy as the match came to a close, the result not reflective of the stellar effort from the young squad.

North Carolina FC fell short of the Chattanooga Red Wolves, 3-2, on Sunday. With many core veteran members unavailable for the match, several NCFC Academy players were put to the test and made an impressive impact from the start. Cole Frame made his starting team debut, adding the first goal of the match and the first in his NCFC first-team career. Max Flick also scored a goal late in the match, his first of his NCFC career. NCFC Academy standout Nicholas Holliday made history in his first team debut, as the youngest starting goalkeeper in USL Championship and League One history. The 15-year-old notched ten total saves in the match.

Holliday’s starting lineup debut and match performance were highlights of the match, as he is just 15 years old. Despite the significant age gap between Holliday and the entirety of the Red Wolves’ roster, the young goalkeeper made five saves through the first half alone, keeping his squad competitive with Chattanooga. He would go on to face 37 shots throughout the match — a USL League One record — 14 of which were on target.

Frame made club history on Sunday, becoming the first NCFC academy player to score a goal in an official league match. The 18-year-old forward’s speed, ability on the ball, and composure in the final third continue to make Frame an asset to the NCFC offense. In the wake of many veteran injuries, Frame will be put to the test once again against the Kickers -- and will look to lead the young squad to their first win of the season on Friday night.

Monticelli has appeared in 9 matches for the Kickers, a valuable member of their backline. The 23-year-old has added two goals as a defender and was named to the USL Team of the Week in Week 9, posting a goal, 6 interceptions and 5 recoveries in a single match against the New England Revolution to earn the honor. Monticelli will look to shut down any attacks from the North Carolina FC offense in hopes of securing 3 points for Richmond.

Up Next: North Carolina FC will travel to face Tormenta FC for the first time this season on Saturday, July 3 at Erk Russell Park in Statesboro, Georgia at 8 p.m. ET. The match will air on ESPN+.