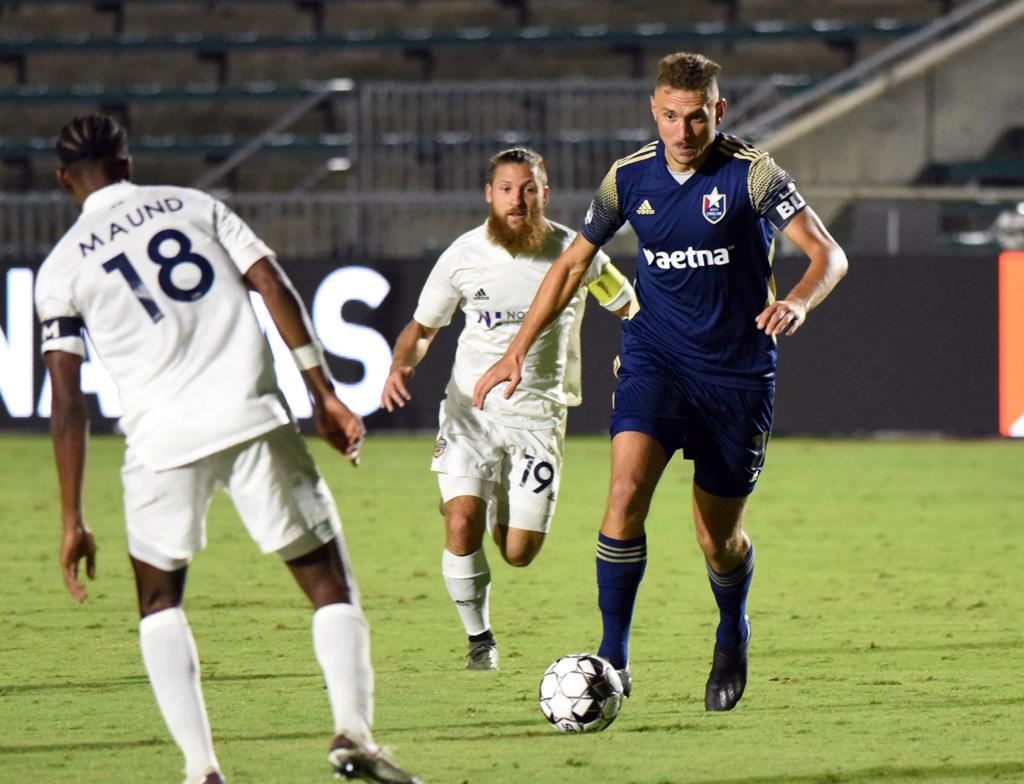 North Carolina FC closed out the 2020 season with a gut-wrenching loss to Charlotte Independence on practically the last kick of the game in front of a crowd of 423 fans. Before Charlotte scored late, it was a flurry of pressure from North Carolina FC as they tried to give the fans in attendance something to cheer about, as well as keep their playoff hopes alive.

One player who was leading the charge was Robert Kristo, who came on early in the second half to try and turn the tide for Dave Sarachan’s side. Kristo impacted the game in a variety of ways after subbing on for Marios Lomis in the 55th minute. In particular, he was able to link up well with Dre Fortune shortly after coming on. The partnership between the two led to Kristo putting a dangerous ball back across the 6-yard box that was ultimately covered well by the Charlotte goalkeeper. He also was able to create a chance for Manny Perez later in the half that Perez missed just wide. He finished with a team-high three shots, including a near-miss deep in the second half when Perez found him in the box after a nice skill move to win free on the flank. He ended the match with a team-high two key passes.